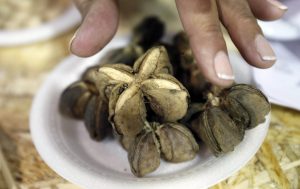 
Bogota, Jul 14 (EFE).- Coffee, which was Colombia’s top export product in the 20th century, is now becoming a symbol of hope for former Revolutionary Armed Forces of Colombia (FARC) guerrillas who laid down their arms and are turning to farming in peacetime.


Since November 2016, when the government and what was then considered the world’s oldest insurgent group signed a peace agreement ending a more than 50-year-old armed conflict, employment has been a key component of the process to reincorporate demobilized rebels into civil society.


Provinces such as Cauca, Antioquia and Tolima, where the countryside was torn by violence, have become the focus of the reconciliation process between communities and former FARC fighters.


“The ex-guerrillas started planting coffee and are now packing and selling it,” Juan Camilo Londoño, secretary-general of the administrative board of cooperative Economias Sociales del Comun (Ecomun), told EFE.


Ecomun is an agricultural cooperative formed by former FARC members with the support of the UN Verification Mission in Colombia and the European Union via the European Fund for Peace.


The guerrillas turned coffee growers are planning to present their products in Bogota, where they will participate for the first time in the Colombian-Agroexpo Countryside Fair.


The growers will be introducing four varieties at the fair: La Esperanza, produced in Buenos Aires, a city in Cauca province; Cafe Paramillo, a coffee variety grown in Ituango, Antioquia; Cafe Organico San Pedro and Marquetalia, both grown in Tolima province.


Londoño, who joined the FARC when he was a physics student at the University of Antioquia, said the former fighters understood that they were going to have to learn to function in the economy, an area foreign to them. 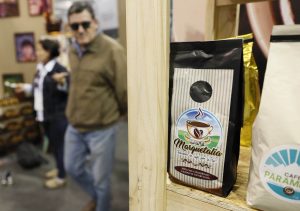 “The first thing was to create economic-type organizations so that they could accept the resources provided under the peace agreement,” Londoño told EFE.


The focus then turned to developing agricultural, tourism, fashion, food, art, printing and even communications projects, the former rebel said.


Londoño said the process was “difficult” because the former guerrillas expected the “the implementation of the things agreed to (in the negotiations) in Havana to be simple and to have more tangible results today.”


The majority of the demobilized fighters are still committed to the process and have expectations of success, Londoño said.


In May, Italy’s Illy Caffe and the former guerrillas signed an agreement in Cauca, a province in southwestern Colombia, covering purchases of the growers’ exports.


Thanks to the agreement with Illy, some 600 demobilized fighters will work the land, supplying the Italian coffee company with a minimum of 500,000 kilos of coffee over the next five years.


Acopaz expects to export about 200 tons of coffee this year.


Colombia is the world’s No. 3 exporter of coffee, trailing only Brazil and Vietnam, but the South American country’s growers have been dealing with a financial crisis caused by a drop in the price of the grain.


The FARC, which is now a political party, is committed to helping the agricultural projects succeed. EFE