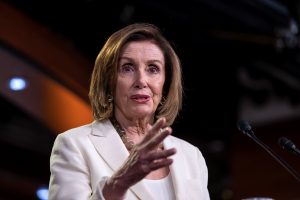 “The President is devastating lives, dishonoring our values and departing from decades of precedent and law in his haste to destroy the lifeline of asylum in America.  This cruel new asylum rule perfectly showcases the Administration’s utter disdain and disregard for immigrant communities and communities of color.

“This asylum rule is a clear abdication of American humanitarianism.  Since Day One, the Administration has turned its back on generations of Republican and Democratic leadership, which has long recognized that the lifeline of asylum is central to our nation’s values, history and future.  As the American Association of Evangelicals has testified, America’s commitment to opening our doors to those in need is the ‘crown jewel of American humanitarianism.’

“The Administration has clearly overreached their authority and violated the law with these restrictions, which will be swiftly and successfully challenged in the courts.  The Democratic House will always stand firm against attacks on immigrants, and will continue to call on the White House to join us to support smart, effective immigration policies that honor our values and keep families together and safe.”