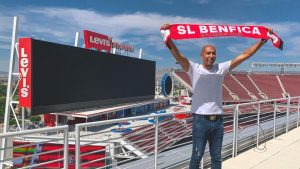 Brace yourself for this weekend’s most exciting soccer match at Levi’s Stadium in Santa Clara as Benfica, the most successful Portuguese soccer club ever with a grand total of 82 trophies won in Portugal and abroad competes against Chivas de Guadalajara of Mexico, often known as Guadalajara, and most commonly known as Chivas, one of the ten founding members of the Mexican First Division and is one of only two teams that have never been relegated to the second-tier division.

You won’t want to miss out on this year’s action in the International Champions Cup! Make it your goooooooaaaal. 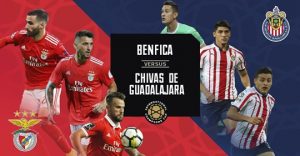 Ahead of Benfica’s International Champions Cup match at Levi’s® Stadium on July 20th, ISMA (International Sports Museum Association) announced the San Francisco 49ers as a founding member during a formal ceremony in the 49ers Museum.

The announcement makes the San Francisco 49ers the first NFL franchise and American institution to become part of the prestigious sports group dedicated to preserving and communicating the memory and the historical heritage of world sport.

As one of the most storied franchises NFL history, the five-time Super Bowl champion San Francisco 49ers addition means the iconic 49ers Museum, located at Levi’s Stadium in Santa Clara, Calif., is now an integral part of ISMA’s global network.

A Special Invitation to the Fashion Designers 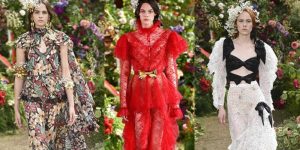 The application deadline is July 31st

“I don’t design clothes. I design dreams” – Ralph Lauren. Ever dreamed to be a fashion designer?

Here is your chance: You are invited to join as one of the esteemed Fashion Designer at Fashion Community Week this September 18th – 22nd in San Francisco.

The application deadline is July 31st.

Seven-time Grand Slam champion Venus Williams has joined the outstanding player field for the 2019 Mubadala Silicon Valley Classic at San José State University (SJSU). This will be Williams’s 15th appearance at the event and her second consecutive at San José, having advanced to the quarterfinals last year.

Williams, a two-time singles champion at the event, will be featured t the evening session match (Session 4) on Tuesday, July 30 at 7 pm. 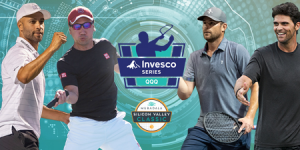 The Invesco Series is a legends tour event that features three one-set matches consisting of two semifinals and one final. 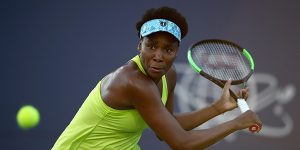 If you are a tennis lover this events is definitely for you.

This festival will feature the country sounds of California Cowboys (why do we always have a fascination with cowboys? Do you? I do), the hot salsa sounds of Orquesta Pacheco, the high-energy blues of Girls Got The Blues, the feel-good reggae of Native Elements and the legendary band Journey’s hits by tribute band Faithfully Live.

The festival brings fun activities for all ages, including arts, food, arts and crafts booths and fascinating Kids Zone.

Head to a  special Youth Stage for the aspiring Bay Area musicians to showcase their talents.

Proceeds from this event will help support PAL’s educational and recreational summer programs for children.