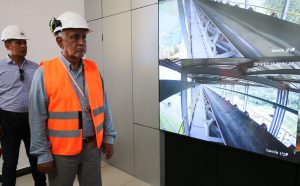 Tundayme, Ecuador, Jul 18 (efe-epa).– Industrial-scale copper mining in Ecuador kicked off on Thursday at a Chinese-owned project in the country’s southeastern Amazon region.


The open-pit Condor-Mirador mine, which will initially produce 10,000 tons of minerals per day, is located in Zamora-Chinchipe province near the country’s border with Peru.


It is situated in the Amazon region’s Condor mountain range at a site that was once the scene of a border dispute between Ecuador and Peru.


Ecuacorriente S.A., a subsidiary of Chinese consortium CRCC-Tongguan that operates the mine, plans to increase production to 60,000 tons per day by the end of this year, Non-Renewable Natural Resources Minister Carlos Perez said. 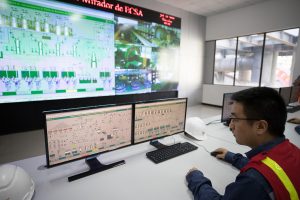 The ore-bearing rock extracted from the mine will be taken to a nearby industrial plant where it will be reduced to fine copper concentrate particles.


Around 10 percent of the processed material will then be transported by land to the port of Guayaquil for export to copper-refining plants in China.


Government officials, company executives and indigenous leaders participated in the inauguration of the mine’s development phase.


“Today is a historic milestone for the country because it marks the start of industrial-scale production” at mining deposits, Perez said, recalling that the project will entail the extraction of minerals over the next 30 years. 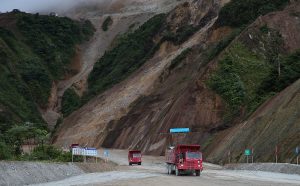 This process, he added, also will contribute to the development of the project’s area of influence, with 60 percent of the mining royalties earmarked to bolster social progress in that zone of the country.


Perez said that due to the lack of a copper-refining plant in Ecuador the processed material will be shipped for now to plants in China, although he added that Ecuador will weigh whether sufficient domestic demand exists to justify construction of a copper refinery.


The manager of Ecuacorriente’s Condor-Mirador mine, Angel Cueva, said the inauguration of copper concentrate processing is important for the country because it marks a new development milestone following the oil boom of the 1970s.


The manager added that the Condor-Mirador project complies with the strictest environmental-protection standards. EFE-EPA