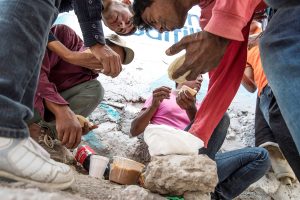 Washington, Jul 25 (efe-epa).- The US government on Thursday complained about the “tyranny of a dysfunctional system” that this week allowed a judge to issue an injunction on the Donald Trump administration’s measures to restrict asylum applications, promising to contest it.


The government referred to the ruling by a California federal judge, who on Wednesday suspended the asylum restrictions Trump had announced last week, a move designed to hinder migrants from requesting asylum in this country if – en route to the US – they have first passed through other nations where they could have made those requests.


Given that the majority of asylum petitioners come from El Salvador, Honduras and Guatemala at present and their route to the US passes through Mexico, the measure virtually ends the possibility that migrants can request asylum in the US.


On Wednesday, Federal Judge Jon S. Tigar in San Francisco, ruled that the government’s new policy flies in the face of long-standing immigration laws, dismissing a judicial ruling by a District of Columbia court that had upheld Trump’s measure in what had been an ephemeral victory for the president.
Tigar, in issuing his ruling, said that federal law allows migrants to be categorically denied asylum only if the applicants have received an “offer of resettlement” from another country where they would not face persecution, or have traversed a country that provides protection from persecution and a “full and fair procedure” for determining asylum as per a formal agreement with the US.


The judge noted that Washington currently has just one such agreement in place with Canada, although it has recently tried – and failed – to negotiate similar agreements with Mexico and Guatemala. 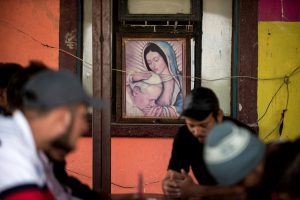 “Yesterday evening, a single district judge in California, based on a complaint filed by a few activist groups with no legal standing, issued a nationwide injunction against a lawful and necessary rule that discourages abuse of our asylum system,” the White House said in a statement.


“The tyranny of a dysfunctional system that permits plaintiffs to forum shop in order to find a single district judge who will purport to dictate immigration policy to the entire Nation – even in the face of a contrary ruling by another Federal court – must come to an end,” the White House added.


“We intend to pursue all available options to address this meritless ruling and to defend this Nation’s borders,” is said.


In the earlier District of Columbia ruling, Judge Timothy J. Kelly had said that the plaintiffs did not demonstrate the probability of irreparable harm resulting from Trump’s decree.


People fleeing violence and assorted hardships in their countries of origin may seek refuge in the US under laws aimed at “ensuring that we do not deliver aliens into the hands of their persecutors,” Tigar said in his nationwide injunction blocking enforcement of the rules, which took effect July 16.
Under existing law, Tigar said, the government cannot deny asylum simply because the applicant passed through another country en route to the US unless that country has been deemed to be a safe haven for refugees, and Mexico has not been so certified. 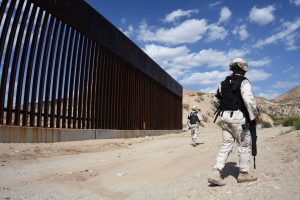 Since he took office in January 2017, Trump has made the asylum issue one of his political priorities, taking the stance that migrants are abusing the system by taking advantage of asylum laws to enter and work in the US.


In recent months, the southern border has seen an increase in the arrivals of Central American migrants, in particular family groups, seeking asylum.
May was the month in which the largest number of migrants were detained since 2006, with more than 132,000 people who crossed the border illegally being detained by US authorities.


Trump has tried various measures to dissuade migrants from coming to the US, including separating parents from their minor children after they cross the border and returning to Mexico asylum petitioners and forcing them to wait there for their cases to be processed by US authorities.


On June 7, the Trump administration reached an agreement with Mexico threatening to impose heavy tariffs on Mexican imports unless that country made significant progress in stemming the northward migrant flow, and in response Mexico deployed thousands of personnel from its new National Guard on its borders to better control that flow.