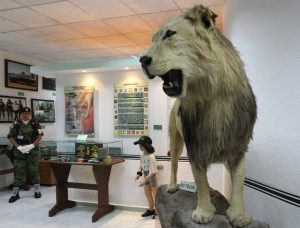 Mexico City, Jul 30 (efe-epa).- The Mexican capital is one of the cities in the Americas with the most museums, and one of the most unusual offerings is operated by the Defense Secretariat and chronicles the war on drugs.


The museum, which is not open to the public, displays a huge number of items related to the army’s mission of fighting drug production and sales.


A mural illustrates the types of operations conducted by the army against drug traffickers, with the images being updated as the technology for battling organized crime groups advances. 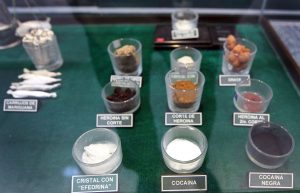 The first section of the museum looks at the history of illegal drugs, putting the problem into context.


Marijuana is believed to have arrived in Mexico after the Spanish conquest in 1521, but it was introduced not as a psychoactive drug but as part of the hemp-based textile industry, which is fairly common in the Iberian Peninsula.


Poppies were introduced into Mexico much more recently, arriving in the early 20th century with Chinese laborers brought in to work on the construction of the railroads.


The Museo del Enervante (Museum of Mind-Altering Drugs) also shows visitors the methods used by drug traffickers to smuggle their illicit products, which have been hidden in crafts, fruit shipments and books. 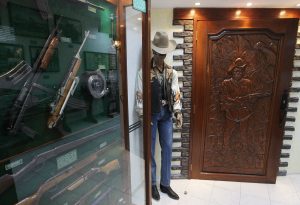 The museum’s permanent exhibits chronicles the army’s role in fighting drug traffickers, as well as the methods used to destroy illegal crops and control the illicit industry.


The exhibits also look at drug cartels’ use of technology, such as large-scale laboratories and even genetically modified poppies and marijuana.


The museum shows the complexity of the war on drugs, with exhibits highlighting the case of peasants who depend on the cultivation of marijuana and poppies to earn a living.


The Museo del Enervante was created in 1985 as a training facility for military personnel, teaching soldiers “what drugs were like and how they could be found,” officials said. 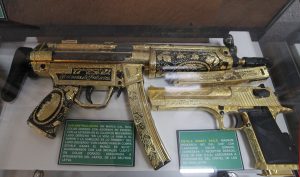 In that same year, the army set up security checkpoints on highways in an effort to find drugs hidden in vehicles.


As a result, military personnel had to undergo special training on how to identify different types of drugs.


In 2002, the facility was upgraded to a museum and the 10 current galleries were organized.


The only people allowed to visit the museum are military personnel and “university-level students, whose training is geared toward the problem of drug trafficking.”


Drug trafficking continues to plague Mexico, creating problems in the public health and law enforcement areas, but some progress is being made.
Since 1976, 1,057 army personnel have died in the war on drugs and every fallen soldier is honored on a plaque in the museum. EFE