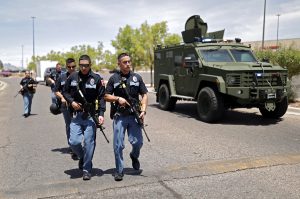 Washington, Aug 4 (efe-epa).- US authorities said Sunday that they are treating their investigation into the weekend massacre that left at least 20 people dead in an El Paso Walmart as “domestic terrorism” and a “hate crime.”


“The state charge is capital murder and so he is eligible for the death penalty,” Esparza said regarding the shooter, who also wounded at least 26 people when he opened fire with an AK-47 assault rifle in the Walmart on Saturday. “We will seek the death penalty.”


“We’re treating El Paso as a domestic terrorism case. And we’re going to do what we do to terrorists in this country – deliver swift and certain justice,” said US Attorney for El Paso John Bash on Twitter, also appearing with Esparza at a press conference.


Earlier, investigators had pointed to a possible link between the suspected shooter, Patrick Crusius, and a manifesto published on the Internet that warned about an alleged Hispanic “invasion” of Texas. 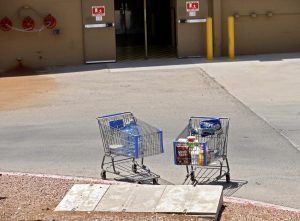 Crusius, 21, is being held at the El Paso County Jail after being taken into custody on Saturday by local law enforcement.


Texas is one of the US states that still maintains capital punishment, and Crusius could face the death penalty if convicted of the killings or of committing a terrorist act.


Meanwhile, President Donald Trump took to Twitter in the hours after the shooting, condemning it as “an act of cowardice” and a “hateful act.”


“Today’s shooting in El Paso, Texas was not only tragic, it was an act of cowardice. I know that I stand with everyone in this Country to condemn today’s hateful act. There are no reasons or excuses that will ever justify killing innocent people,” Trump wrote. “Melania and I send our heartfelt thoughts and prayers to the great people of Texas.”


El Paso is a city of about 700,000 on the border with Mexico, and more than 80 percent of its population is of Hispanic origin. 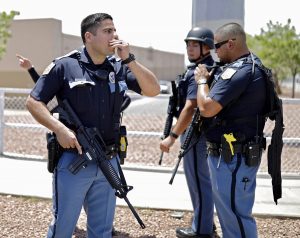 The mall where the shooting occurred is located very near the Mexican border and is very popular among Mexican citizens as a shopping site on weekends.


Meanwhile, Mexican President Andres Manuel Lopez Obrador confirmed Sunday that six Mexican citizens are among the dead, upping the death toll of his countrymen from three, as he had announced Saturday evening.


Lopez Obrador also said that at least seven Mexican citizens were wounded in the shooting.


“I want to say that I asked (Foreign Secretary) Marcelo Ebrard, despite the sadness and outrage, that we act with great responsibility. There are elections in the United States, the campaign is under way, and we don’t want to get involved in the internal affairs of another country,” he said.


A few hours earlier, Ebrard had announced that the Mexican government will pursue “legal action” to demand protection for Mexicans in the US in the wake of the shooting, which he called a “barbaric act.”