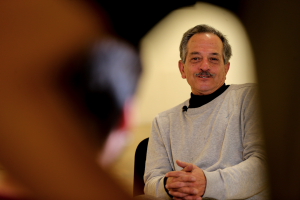 
Quito, Aug 8 (efe-epa).- A group of Ecuadorian artists will put their work on display starting Thursday, a collection of paintings and photographs entitled “Magica Naturaleza” (Nature Magic) with which they aim to get the public to reflect on the fragile relationship between humans and the environment.


Gabriela Ordoñez, the coordinator of the Juan Villafuerte hall at the Culture Ministry in Quito, where the exhibit will appear, told EFE that the idea is to send a message “of respect for our surroundings, where we live and to cause us to be amazed at nature, which is our mother.”


The exposition was created “with great passion, with a lot of affection,” Ordoñez added after announcing that the show will be completely free to the public, who will be able to buy the artists’ work.


The exhibition comes as part of Ecuador’s National Culture Day and the International Day of the World’s Indigenous Peoples, which is celebrated on Aug. 9, and it will remain open until Aug. 30.


“Magica Naturaleza” gathers the works of “seven creators, seven friends,” according to Antonio Escobar, one of the artists who joined the show due to their “desire to protect the environment.”


“The world is going through a difficult time in which the economy is surpassing the human element, and the pocketbook (i.e. greed and avarice), unfortunately, is the main enemy” of human beings, he added.


One of the strong points of the project, Ordoñez said, is that “it has united these seven wills, seven artists of different ages and locations with a single” objective,” raising awareness among people of the importance of preserving the natural environment.


In that regard, each of the artists contributes with his own style, his own techniques, such that included in the exhibition are different pictorial works of art, such as works in oil on canvas, which bring to the viewer – for instance – a dreamlike allegory of the relationship between woman and nature.


In addition, one can appreciate Escobar’s large photograph of wildflowers, which are small samples of the treasures offered by Ecuadorian flora and invite the public to luxuriate in the planet on which we live.


“Our planet is beautiful, something divine, each thing, every flower, no matter how small is a world and that applies to we human beings, who are the youngest animal and, at the same time, the most destructive,” the artist, who has pursued his career for more than 35 years, said.


The coordinator of the exposition hall said that the exhibit is a call to “scale back extractive activities (like mining and oil exploitation), take care of nature, save and heal the environment with love.”


“In my opinion, art for art’s sake doesn’t exist. There is always some kind of purpose. Every artist reflects a concrete world and, in this exposition, I read a cry, a call to defend this nature that shelters us, that has given birth to us,” Ordoñez added.


Along those lines, Escobar remarked that at some point Ecuador’s politicians have to understand that the Andean country’s biodiversity “is a privilege in the world” and that the country’s “main source of income should be tourism.”


But, the photographer said, “little can be done at this time in which we live. Unfortunately, the interests of a few people lead to a lack of respect for nature. If we don’t respect ourselves as human beings, undoubtedly it will be of little interest to us to respect animals, flowers and the other life we have in the world. It’s sad what’s happening to us.”