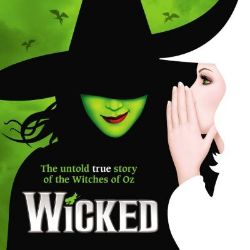 WICKED is Sweetened by Psycho Donut

WICKED is returning to San Jose with the local Psycho Donuts company  creating a limited edition of  “WICKED” donut. How sweet it is! The Broadway sensation WICKED looks at what happened in the Land of Oz…but from a different angle.

Long before Dorothy arrives, there is another young woman, born with emerald-green skin, who is smart, fiery, misunderstood, and possessing an extraordinary talent.

When she meets a bubbly blonde who is exceptionally popular, their initial rivalry turns into the unlikeliest of friendships…until the world decides to call one “good,” and the other one “wicked.”

With a thrilling score that includes the hits “Defying Gravity,” “Popular,” and “For Good,” WICKED has been hailed by The New York Times as “the defining musical of the decade,” and by Time Magazine as “a magical Broadway musical with brains, heart, and courage.”

Having recently celebrated its 15th anniversary on Broadway, WICKED is the winner of over 100 international awards including the Grammy Award and three Tony Awards.

WICKED has been seen by nearly 60 million people worldwide. Based on the novel by Gregory Maguire, WICKED has music and lyrics by Stephen Schwartz, and a book by Winnie Holzman.

WICKED is produced by Marc Platt, Universal Stage Productions, The Araca Group, Jon B. Platt, and David Stone. WICKED is presented as part of the Broadway San Jose 2019–20 season. 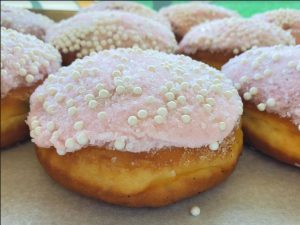 Iris Classes and Open Garden in the Wine Country

Hot days, summer in the city… Time to get away to the Sonoma County’s Russian River Rose Company to join Roxie Nall, the resident Iris Expert, who will be there with a shovel in her hand to give a hands-on demonstration on how to dig, groom and successfully plant irises, the beautiful princesses of the early spring. 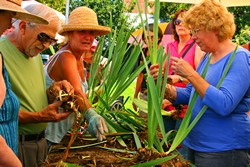 Is your Iris patch blooming less and less as the years go by? Then this is a “No Miss!!” class for you.

Leave your i-pads, i-phones and laptops at home and head for a beautiful, aromatic and delicious weekend experience in California’s wine country paradise only one hour drive from the City by the Bay.

The bound homes souvenirs of the estate’s produced famous rose water, rose perfume and rose petals tea are a must! Return on October 19 & 20 for the annual “Russian Tea & Fragrance Festival.” 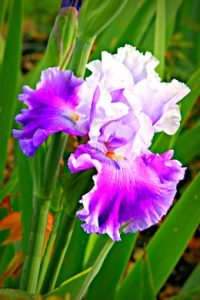 Special pricing on all newly dug Irises from the estate’s garden collection of over 220 varieties. 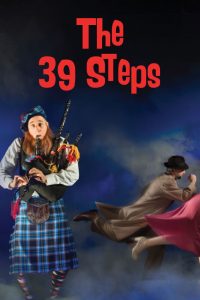 The 39 Steps, London’s best new comedy, is based on the book by John Buckan and adapted by Patrick Barlow from the movie of Alfred Hitchcock. Mingling mystery and laughter, this irresistible Broadway smash hurtles a notorious fugitive and a spellbound blonde from a raucous London music hall to Scotland’s most remote highlands and a den of devious spies.

Along the ways it creates trains, planes, moors and more in a wildly funny flight to the heights of theatrical invention. Directed by Leslie Martinson, The 39 Steps stars Lance Gardner, Cassidy Brown, Ron Campbell and Annie Abrams.

With a mysteriously murdered agent, a crazy plot to destroy England, and a race against the clock to stop it, this brilliantly funny show is a tribute to the master’s greatest films. Who knew Alfred Hitchcock was so funny? 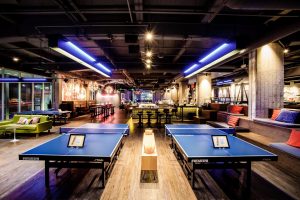 Playing Ping Pong and Much More in San Francisco

After spending my teen years playing ping pong every day, I was thrilled to learn about Spin SF, a ping pong player’s dream location in San Francisco.

Whether you’re an amateur or play competitively, this SoMa destination features a restaurant with lounge seating, full bar and ping pong courts, including two on the renovated outdoor patio with customized LED lighting, a TV and temperature-controlled ceilings and doors.

More of a spectator? Gather to watch with your friends every Friday around a ping pong table  some of the epic ping pong matches.

As an homage to our roots  join at the center court for communal games, view championship ping pong matches and challenge the SPIN pros for your chance at victory. Don’t miss eats and drinks, like the Smoked Duck Goose Sliders ($21) and house fries washed down with the Topspin, a gin-based cocktail with grapefruit, lemon and bitters. This is truly a ping pong player’s fantasy land.