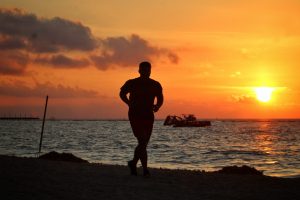 Mexico City, Aug 13 (EFE).- Mexico’s tourism activity fell 0.60 percent in the first quarter of this year, compared to the same period in 2018, due to a drop in travel by domestic tourists and a decline in demand for services, the National Institute of Statistics and Geography (INEGI) said Tuesday.

In the January-March period, spending by both domestic and foreign tourists declined 0.40 percent, compared to the same period in 2018, the INEGI said in a statement.

Services offered to domestic and foreign tourists, meanwhile, fell 0.80 percent on a year-on-year basis in the first quarter of 2019, while sales of goods dropped 0.30 percent.

The services segment is the most important component of the tourism industry’s contribution to the gross domestic product (GDP).

On a seasonally adjusted basis, the tourism industry’s output of goods and services contracted 0.10 percent in the first quarter, compared to the prior quarter, while spending by tourists remained unchanged.

In 2017, Mexico became the No. 6 country in the world in terms of visitors, welcoming 39.3 million foreign tourists.

The tourism industry, moreover, generated a record $21 billion in revenues that year.

Last year, according to preliminary government figures, Mexico welcomed 41.7 million tourists and was bumped from sixth place in the rankings by Turkey.

The tourism industry accounts for 8.8 percent of Mexico’s GDP and employs 4.1 million people directly and 6.5 million others indirectly.

Mexico could finish 2019 with $23.26 billion in revenues generated from foreign tourists, welcoming up to 43.4 million visitors, the Tourism Secretariat said in a report released earlier this year.

The administration of President Andres Manuel Lopez Obrador, who took office on Dec. 1, hopes to give tourism in southern Mexico a boost with the construction of the Tren Maya railway project.

The railway will link the states of Quintana Roo, Yucatan, Campeche, Tabasco and Chiapas, which are home to important Mayan archaeological sites.

The administration also plans to turn the Santa Lucia military base into a civilian airport to ease congestion at the Mexico City international airport. EFE