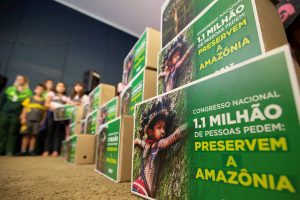 Brasilia, Aug 21.- President Jair Bolsonaro insinuated on Wednesday that non-governmental organizations may be behind the fires in the Amazon, the biggest blazes in recent years.

“There may be, yes, and I’m not asserting this, criminal acts by the NGO people to focus attention on me, against the government of Brazil, and that’s the war we are dealing with,” the president, whose aggressive policies promoting commercial development of the Amazon are controversial, told reporters.

Bolsonaro noted that his administration had “cut the public money that was going to the NGOs” operating in the Amazon region, carrying out projects that “supposedly” protect the ecosystem.

“So, these people are feeling the lack of money,” the president said, adding that officials must now determine whether the fires were caused by arson. 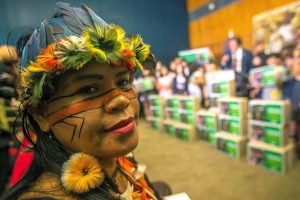 “The crime exists. Now, we have to do everything possible so that this crime does not grow,” Bolsonaro said, adding that officials would have to find out who was responsible “if anyone is.”

Bolsonaro said the environmental and other NGOs operating in the Amazon “represent interests that are not” Brazil’s.

The National Space Research Council (INPE), which monitors fires in Brazil using satellite imagery, said the number of blazes in the country was up 83 percent compared to this time last year.

The INPE said in a report released on Tuesday that 71,497 fires had been registered between Jan. 1 and Aug. 18 in Brazil, with 52.5 percent of the blazes occurring in the Amazon region. 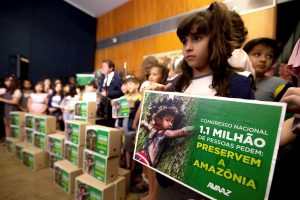 Some states, such as Amazonas and Acre, have declared environmental alerts or emergencies to deal with the fast-spreading fires because the smoke can cause respiratory problems and affect air traffic.

On Monday, the states of Mato Grosso do Sul and Parana, as well as the city of Sao Paulo, Brazil’s largest metropolis, were blanketed by smoke, with the sky completely covered in the afternoon.

In the past week, according to the INPE, some 68 protected areas or indigenous reservations in the Amazon have been affected by fires.

Environmental and other NGOs, for their part, said they feared that settlers and agricultural business owners out to expand their holdings may be setting the fires in response to Bolsonaro’s policies.

The Amazon Environmental Research Institute (IPAM) said the growing number of fires was “related to deforestation and not to the worst drought imaginable.”

The IPAM, an independent research organization, said in a statement that “if the drought does not explain the fires, the advance of deforestation does. Fire is normally used (by settlers and property owners) to clear the land after deforestation.”