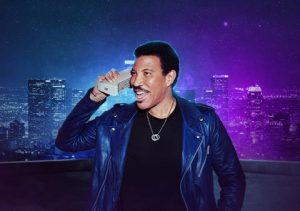 International superstar Lionel Richie is one of only two songwriters in history to achieve the honor of having #1 records for nine consecutive years.

With more than 100 million albums sold worldwide, Richie is the recipient of an Oscar®, a Golden Globe®, four Grammy Awards®, the distinction of MusicCares Person of the Year in 2016, and was a Kennedy Center Honoree in 2017.

Enjoy an evening with Lionel Richie as he takes you on a spectacular musical journey at the stunning setting of Stanford’s Frost Amphitheater. 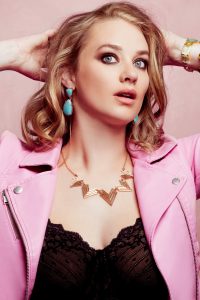 “Sex And The City” in San Jose

If you are a fan of the extremely popular “Sex and the City” TV show,  don’t miss this live one-woman parody of love, friendships, and shoes written and performed by Kerry Ipema, an actor, writer and improviser based in New York.

This laughter infused tribute brings the brunch to the theatre with iconic moments of Carrie, Samantha, Charlotte and Miranda in New York City.

This solo show parody takes audiences through six seasons of the beloved HBO series. There will be puns, cosmopolitans and deal breakers. For anyone who remembers the naked dress, the tantric sex demonstration, the post-it note, and “he’s just not that into you.”

One Woman “Sex and the City: A Parody of Love, Friendship and Shoes” will remind you why this series and its characters stayed so firmly in our hearts and minds.

So grab your best friends, get a Cosmo, throw on your heels and join the “One Woman Sex and the City: A Parody of Love, Friendship, and shoes.” 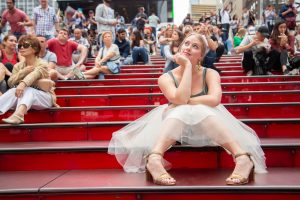 “SATC fan? You should definitely see this show. Not a fan? See it anyway.” Winnipeg Free Press. Hope to see you in San Jose

Validated parking in the garage directly above the venue. 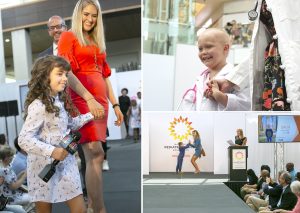 Support the local athletes and celebrities as they hit the runway in some of Fall’s best fashions for a terrific cause. 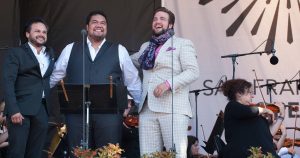 Opera In the Golden Gate Park

Enjoy best arias al fresco in the area, pack a picnic basket with wine, cheese and fruits and have fun at an outdoor concert celebrating the opening of San Francisco Opera’s Season featuring the San Francisco Opera Orchestra and the stars from the 1019-2020 season.

Bring your friends and pets to this most beautiful park in the Bay Area for an afternoon of opera. 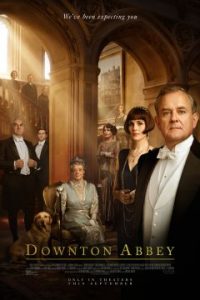 This fall, the worldwide phenomenon Downton Abbey, becomes a grand motion picture event, as the beloved Crawleys and their intrepid staff prepare for the most important moment of their lives.

A royal visit from the King and Queen of England will unleash scandal, romance and intrigue that will leave the future of Downton hanging in the balance. Written by series creator Julian Fellowes and starring the original cast. KQED is co-hosting exclusive advance screenings.

If you are a Downton fan, as I am, be one of the first to see the film! At Alamo Drafthouse New Mission, enjoy a curated menu of Downton-inspired delights — cocktails, sandwiches, biscuits, and more.

Also, every ticket comes with the option to donate to KQED to sustain its mission of providing community-supported media to the public. 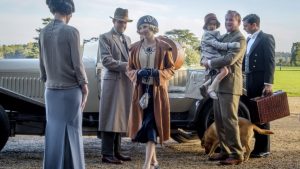