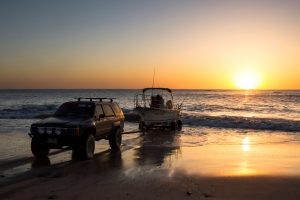 Cabo Pulmo, Mexico, Aug 26 (EFE).- Local authorities in and around Mexico’s Cabo Pulmo National Park, one of the country’s most important ecosystems and the location of one of the last living coral reefs in North America, these days are discussing how to further develop ecotourism there while somehow controlling the growing flow of visitors.

In 2017, this paradise near the town of Los Cabos in the northwestern state of Baja California Sur, welcomed about 12,000 tourists, a figure that had increased by more than 233 percent by 2018, when 40,000 people visited the area.

Nowadays, one of the main challenges for local authorities and the public is to guarantee that the established visitor limits are not surpassed and that the ecosystem does not have to deal with excessive numbers of tourists.

“Already, more visitors cannot be handled at 60 percent of the diving sites. We still have some sites available for high quality and high capacity diving. But traditional diving, along the coast, is being exceeded,” the director of the National Commission for Protected Natural Areas in the Northwestern Region, Benito Bermudez, told EFE on Monday.

Just a little more than 60 kilometers (37 miles) from Los Cabos, in Baja California Sur state, Cabo Pulmo is one of the most important ecosystems along the Gulf of California, also known as the Sea of Cortez, and in North America.

After a short journey, one comes to the town of the same name, a unique and tiny community of only about 60 residents.

In that generally unhospitable zone, the true wealth is to be found in the local waters.

Cabo Pulmo is a Protected Natural Area and national park that encompasses 7,111 hectares (about 17,800 acres), a relatively small area if one takes into account its environmental importance and also its economic spillover into the surrounding communities.

It is truly a natural aquarium with some 400 different species living there, including grouper, manta rays, snapper, horse mackerel and a large variety of sharks, making it the site in the Gulf of California with the largest number of species. 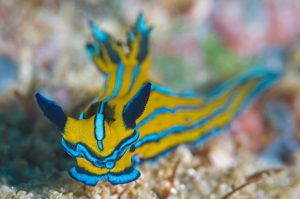 “Estimates are that per square kilometer, the Cabo Pulmo reef ‘exports’ to the Sea of Cortez and part of the Mexican Pacific more than 200 tons of fish having great value because they’re top-quality commercial fish that are taken outside the Protected Area,” Bermudez said.

That, he said, generates significant income for the local fishing sector.

For local residents and nearby communities, ecotourism has become the main economic activity, with almost 100 percent of the population making their livings working as guides or catering to tourists in other ways.

One of the providers of tourist services, Edgar Mejia, told EFE that there is no high or low season, with people from China, Japan, the United States, Canada, France, Spain, Belgium and elsewhere arriving every day of the year.

“Although all the natural activities fascinate tourists, these days swimming with the bull sharks is the activity that’s most in demand,” Mejia said.

The national park is an example of conservation and harmony between man and nature.

“The latest eco-value study was done in 2017 and found that the economic potential of the services offered in … Cabo Pulmo generates more than 300 million pesos (some $15.2 million)” for local residents each year, he said.

Although getting to the area is difficult, especially via public transportation, the prices of local activities are relatively affordable and range from 900 to 3,200 pesos ($45 to $162) for snorkeling and diving.