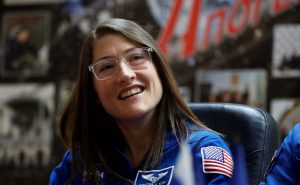 “Good splashdown of Dragon confirmed, completing this spacecraft’s third mission to and from the @space_station!” tweeted SpaceX regarding the descent of the uncrewed orbital vehicle.

The capsule, manipulated by the Canadarm2 robotic arm on board the ISS by US astronaut Christina Koch, departed the ISS at 1459 GMT to begin its six-hour journey to splashdown.

According to a statement from SpaceX, the capsule splashed down at 2020 GMT some 483 kilometers (about 300 miles) southwest of Long Beach, California, where it was recovered by one of the company’s vessels, which will bring it back to land so that the experimental materials and supplies it is carrying can be sent to NASA.

The capsule is packed with 1,225 kilograms (about 1.35 tons) of experimental materials and supplies, since the Dragon, in contrast to other space vehicles of the same type, does not burn up on reentry into the Earth’s atmosphere.

The Dragon also brought back to Earth a virtual reality film titled “The ISS experience” created over the past year on board the ISS and for which the astronauts there provided up to four hours of video each week. 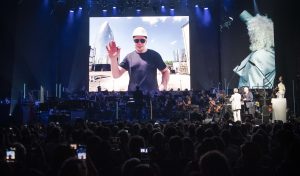 The film is designed to provide a view of what life is like on board the ISS.

Also on board the capsule is a small robot, dubbed the Crew Interactive Mobile Companion (CIMON), which astronauts have been testing as a potential companion.

This is the seventh round-trip mission between Earth and the ISS for a SpaceX vehicle and the third one for this particular capsule, which was launched into orbit on July 25.

When it lifted off in July, the Dragon was carrying more than 2,260 kg (2.5 tons) of supplies and equipment, with half the cargo made up of experiments and scientific instruments.

The cargo included a new IDA-3 docking hatch for the space station, which astronauts installed on the ISS Harmony module.

IDA-3 adds a second docking site to the station, which will accommodate the future arrival of commercial crewed vehicles such as Boeing’s CST-100 Starliner and SpaceX’s Crew Dragon as part of NASA’s cooperation with the private sector.

Since 2011, when the United States ended its space shuttle program, the ferrying of crewmembers and supplies has been mainly handled by Russia.

NASA announced in June that it will open an operations center on the ISS for the activities of private companies and will focus its resources on its plans to send astronauts – including the first woman – back to the Moon in 2024.