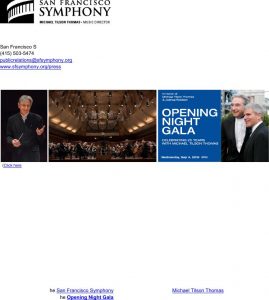 Widely considered to be among the most artistically adventurous and innovative arts institutions in the United States, the San Francisco Symphony and Michael Tilson Thomas have earned a global reputation for signature interpretations, boundary-pushing concert experiences, and award-winning recordings and media projects. The SFS presents more than 215 concerts and reaches an audience of nearly 500,000 annually in its home of Davies Symphony Hall, through its multifaceted education and community programs, and through national and international tours.

The San Francisco Symphony (SFS) and Music Director Michael Tilson Thomas (MTT) celebrate their 25th season together with the Opening Night Gala marking the launch of his final season as Music Director of the SFS.

The concert program includes Glinka’s Overture to Ruslan and Ludmila, Britten’s Variations and Fugue on a Theme by Purcell, and the majestic Finale from Beethoven’s Symphony No. 9: Ode, “To Joy” with soprano Susanna Phillips, mezzo-soprano Jennifer Johnson Cano, tenor Jonathan Tetelman, bass-baritone Ryan McKinny, and the San Francisco Symphony Chorus under the direction of Ragnar Bohlin. Ryan McKinny joins the SF Symphony and Chorus in performances of Copland’s “The Dodger” and “Golden Willow Tree” from Old American Songs, and the SFS Chorus is featured in Gordon Getty’s Shenandoah. Guests can also expect multimedia elements, including lighting design by Luke Kritzeck, and many surprises throughout the evening. Concert is preceded by a complimentary sparkling wine reception in Davies Symphony Hall and concludes with an indoor-outdoor After-Party, open to all ticketholders. 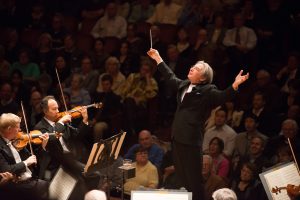 The Patrons’ Dinner takes place in the Tented Pavilion next to Davies Symphony Hall and is preceded by a 5pm cocktail reception in the Davies Hall lobby.

The Wattis Room Dinner offers an elegant and intimate experience that shares the 5pm cocktail reception with the Patrons’ Dinner. The Symphony Supper and Symphonix Dinner take place at City Hall and begin with a joint cocktail reception in the South Light Court at 5pm. The Symphony Supper takes place in City Hall’s magnificent Rotunda at 6pm. The Symphonix Dinner Party, hosted by the Symphony’s young professionals group, takes place in the North Light Court. Décor for the Tented Pavilion, City Hall, Grove Street, and Louise M. Davies Symphony Hall is provided by Blueprint Studios. Lighting design is provided by Got Light. All dinners are catered by McCalls Catering and Events. 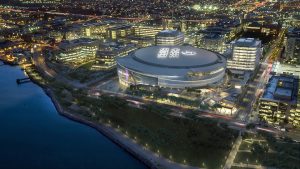 The All San Francisco Concert is a special Davies Symphony Hall performance for San Francisco social service and neighborhood organizations, in recognition and gratitude for the work these groups do to enrich the lives of the citizens of San Francisco. Volunteers and employees from such organizations as La Casa de las Madres, First Exposures, the Justice & Diversity Center, and others are invited to attend.

Organized through the SF Symphony’s Volunteer Council and overseen by an advisory committee of local community leaders, the annual All San Francisco Concert has been underwritten by Wells Fargo for more than 30 years. The concert is presented in partnership with the San Francisco Arts Commission.

This year’s recipient of the Ellen Magnin Newman Award is Sunset Youth Services (SYS), a youth-development nonprofit in San Francisco that fosters long-term stability and growth for at-risk youth and families through caring relationships and supportive services. In the context of a vibrant arts-oriented youth community, SYS offers justice services, employment, family support, and dynamic youth programming––including the Digital Arts & Technology program––where young people engage in songwriting, filmmaking, and audio engineering at on-site recording studios. Alongside professional local musicians, they harness the power of music to speak their truths, grow in stability, and live into a brighter future. 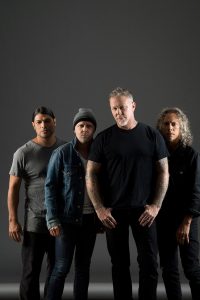 The original S&M concerts were performed by Metallica and the San Francisco Symphony, conducted by the late Michael Kamen in spring 1999 at the Berkeley Community Theatre. The two-disc S&M album was released later that year, selling over 10 million copies and winning a Best Rock Instrumental Performance Grammy Award for its version of “The Call of Ktulu.” Filmed by director Wayne Isham, the concert film was also released on video and DVD. The S&M2 concert will feature the first live performances of these arrangements in 20 years, plus new songs and arrangements created by Bruce Coughlin.

Michael Tilson Thomas assumed his post as the San Francisco Symphony’s 11th Music Director in 1995, consolidating a relationship with the Orchestra that began with his debut here in 1974.

The 2019–20 season marks his 25th and final season as Music Director, celebrating the lasting and meaningful relationships MTT has built with the Orchestra and with their audiences across the Bay Area and the world.

The wide-ranging programs and initiatives of MTT’s final season at the helm of the San Francisco Symphony celebrate the spirit of this extraordinary partnership with an expansive exploration of the American Sound; a creative breadth of programming where new voices stand alongside iconic masterworks, reimagined; a broadening of the traditional concert experience through staged productions and events in experimental spaces, meaningful collaborations with the world’s leading artists, and the championing of community and access to music education. 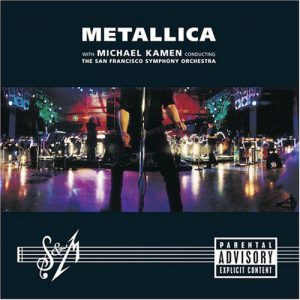