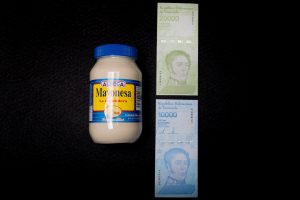 Caracas, Aug 30 (EFE).- This Friday for the first time, millions of Venezuelans were paid $1.00 for their half-monthly wages or pensions, as the unprecedented crisis lowered the monthly minimum wage to $2.00 and has most citizens living in misery with no sign the situation will improve anytime soon.

Between retirees and working employees there are almost 10 million people who were paid the equivalent of 1 dollar this Friday, according to the official quote of the Banco Central (BCV), because on the parallel market, which governs all economic activity, the local currency is even more devalued.

Being optimistic and with a little luck, any Venezuelans who earn that amount monthly can buy a pack of corn flour and a kilo (2 lbs.) of sugar. Once those products are used up in two or three days, they’ll have to wait until the next payday to replenish their larders.

Over the last 30 days, the local currency – the bolivar – was devalued 50 percent against the dollar, which now costs double the amount it did at the end of July, all within a hyperinflation that boosts the prices of goods and services several times a day.

However, the government does deposit bonuses almost monthly to some 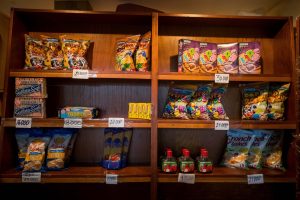 Meanwhile, some companies pay their employees bonuses in dollars so they won’t quit, while more than a million families receive remittances from the approximately five million Venezuelans who fled the country over the last six years to escape the crisis.

But none of this appears to do much to resolve the collapse of purchasing power in the country with the world’s largest petroleum reserves, where some 80 percent of the population now eats less than they did five years ago, and the less fortunate in their hundreds of thousands eat scarcely once a day.

“We’re like goats, eating grass,” EFE was told by Alberto Rodriguez, 70, as he bought what he could at a market in the Caracas municipality of Chacao. Everything is “super expensive,” he said, but added that he wasn’t surprised because Venezuela has suffered hyperinflation for two years now. 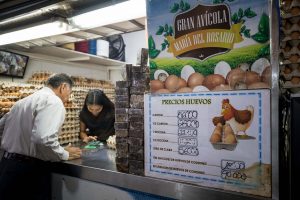 “Every day prices get higher…it’s an atrocity,” he said.

Rodriguez said the minimum wage doesn’t buy anything, an observation shared by young Valentina Fernandez, who couldn’t think of a single product that cost less than 40,000 bolivars -the minimum wage!

“Nothing costs 40,000 bolivars. I sell deli food, and I can tell you it doesn’t buy anything, not the most economical item, not cheese that costs 50,000 bolivars a kilo,” said the storekeeper, 29.

The few customers at the once busy market reflect a national reality – the cataclysmic drop in shopping and the 50 percent contraction of the economy since Nicolas Maduro took power in 2002013. EFE