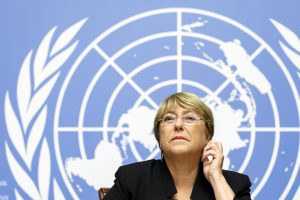 “Ms. Michelle Bachelet: If not for (late rightist Chilean dictator Augusto) Pinochet’s personnel, who defeated the left in 1973, among them your father, today Chile would be a Cuba,” said Bolsonaro in response to remarks by the former Chilean president, who had criticized police violence and the human rights situation in Brazil.

“You’re accusing us of not punishing the police officers who kill people in Brazil,” but “you are defending the human rights of vagabonds,” said the leader of Brazil’s ultra-right in remarks to reporters at the doors of the Alvorada Palace, the Brazilian president’s official residence.

According to Bolsonaro, “the only thing” that he has in common with Bachelet is the name Michelle, which is his wife’s name, but besides that he said he could only express his “condolences” to the former Chilean leader.

“You lost the fight on the environmental agenda, just like (French President Emmanuel) Macron, and now you’re coming with the human rights agenda,” said Bolsonaro, alluding to the recent verbal altercation he got into with the French leader because of the latter’s criticism of the wildfires in the Amazon and what he called Brazil’s lack of commitment to protecting the environment.

In the same belligerent tone, the Brazilian leader added that “it seems that people who have nothing better to do, like Michelle Bachelet, are getting into the UN human rights chairmanship.” 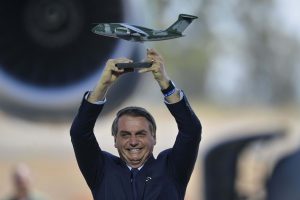 The Brazilian leader’s statements came in response to criticism Bachelet made of Brazil on Wednesday during the presentation she made recapping her tenure to date as UN human rights commissioner, a post she has occupied for a year.

“Between January and June 2019, just in Rio de Janeiro and Sao Paulo, we have been informed that 1,291 people were killed by the police, an increase … of 17 percent compared to the same period last year,” Bachelet said regarding Brazil in the tally she presented in Geneva.

She also added that the majority of the victims were residents of Brazil’s shantytowns, or “favelas,” and descendants of Africans, the violence occurring in the context of “a marked increase in police violence” and “(public) discourse that legitimizes extrajudicial executions and an absence of accountability.”

That is precisely the standard discourse of Bolsonaro, who regularly declares that “a good bandit is a dead bandit” and asserts that if a police officer kills a criminal, under whatever circumstances, he should receive a “decoration” instead of being investigated.

The controversy with the UN official comes on the eve of a visit to Brazil by Chilean Foreign Minister Teodoro Ribera, who will be welcomed on Thursday by his Brazilian counterpart, Ernesto Araujo, and who will reaffirm the excellent relations between Bolsonaro and Chilean President Sebastian Piñera, who is a political adversary of Bachelet.