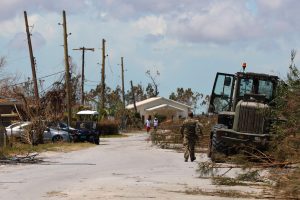 Miami, Sep 9 (EFE).- The Florida-Caribbean Cruise Association (FCCA) is inviting tourists to visit the Bahamas in the wake of Hurricane Dorian, which devastated the northwestern part of the archipelago but largely spared Nassau, the capital, and other areas.

FCCA president Michele Paige said Monday that while the powerful hurricane had affected Grand Bahama, where popular cruise destination Freeport is located, and the Abaco Islands, the island nation offered visitors many other tourism options.

“Nassau and cruise lines’ private islands in The Bahamas are open, fully operational and ready to welcome guests with a smile,” Paige said in a statement.

The FCCA president said “that an average cruise call to The Bahamas represents more than $650,000 in local economic benefits.”

Paige acknowledged that Dorian’s slow movement through the islands caused extensive damage in Grand Bahama and the Abacos, but she said Nassau was not affected.

The cruise lines that belong to the FCCA have committed to making $5 million in donations to Bahamian disaster relief and recovery efforts, and are providing support, such as the delivery of supplies. 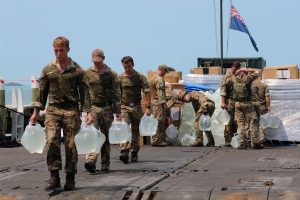 Hurricane Dorian made landfall on Sept. 1 on Elbow Cay and later on Great Abaco as a Category 5 storm, the most powerful hurricane on the Saffir-Simpson scale.

The hurricane killed at least 44 people in the Bahamas, officials said.

Officials fear that hundreds of people could be buried beneath the debris on the hard-hit islands.

Many residents are still without electricity, fuel, drinking water, shelter and other basic necessities.

Hundreds of storm refugees continue arriving on New Providence, the most populous island in the archipelago and where the capital of Nassau is located.

On Saturday, the US Coast Guard said all maritime ports on Abaco and Grand Bahama islands, the hardest hit in the storm, had reopened and received the green light for the arrival of large vessels – such as cruise and cargo ships – bringing aid and basic supplies.