Congratulations to Lina Broydo for being selected by the National Association of Hispanic Publications as the Silver Award winner for her “Events Around the Bay” Column, under the category of Outstanding Entertainment Section. The NAHP annual convention took place in San Jose, last week. 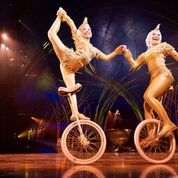 The Cirque is back in town!  With the exciting performances at the Big Top at Oracle Park Amaluna will shine and thrill the awestruck audiences with its new magnificent production.

Written and directed by Tony Award-winning director Diane Paulus, Cirque du Soleil’s 33rd production is a celebration of love and a tribute to the work and voice of women, featuring a cast that comprises mostly women with an all-female band.

The show’s title is a fusion of the words ama which refers to “mother” in many languages, and luna, which means “moon,”  a symbol of femininity that evokes both the mother-daughter relationship and the idea of goddess and protector of the planet. Amaluna is also the name of the mysterious island where this magical story unfolds. Follow Amaluna in San Francisco and learn about the rest of the story… The magic continues on January 22—February 23, 2020 under the Big Top at Raley Field in Sacramento. 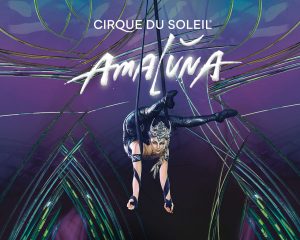 Established in Montreal, the Canadian organization has brought wonder and delight to over 200 million spectators with productions presented in close to 450 cities in 60 countries. Cirque du Soleil Entertainment Group currently has over 4,500 employees, including 1,400 artists, from nearly 70 countries. 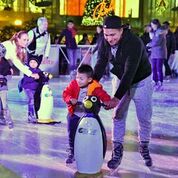 Don’t miss the many fabulous special events for the season: “Learn to Skate”, “Flashback Fridays”, “10th Annual Drag Queens On Ice”, “Silent Skate Party ” and my favorite “Polar Bear Skate” – taking place on Wednesday, January 1, 2020 at 2–3:30 p.m. as The Safeway Holiday Ice Rink in Union Square presented by Alaska Airlines welcomes skaters of all ages to the return of San Francisco’s take on the popular Canadian tradition. In this version, ice skaters are encouraged to put on their bathing suit, grab their shades and “take the plunge” in the ice rink for this New Year’s Day Union Square tradition. 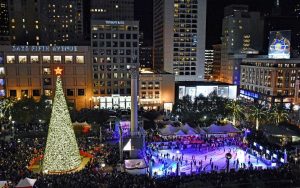 All skaters are invited to kick-off the New Year in their chicest, wildest, and most inventive beach attire in hopes of walking away with prizes, awarded on theme, originality  and overall appearance. Open daily from 10 a.m. to 11:30 p.m. through January, 20, 2020, with the exception of closing at 9:30 p.m. on Tuesday, December 31, 2019. Don’t forget to bring the sunscreen lotion as you ice skate California-style under the sun! 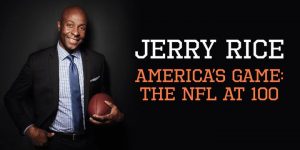 Curious minds want to know… and so do I!  Join me for an enjoyable  and informative evening at one of Commonwealth Club’s most fascinating interviews as it presents the Super Bowl Champion Jerry Rice in Conversation with NBC TV Anchor Raj Mathai. Football legend Jerry Rice is regarded as one of the best wide receivers ever to play in the NFL. He is a three-time Super Bowl champion and a member of the Pro Football Hall of Fame.

In his new book “America’s Game – The NFL at 100” Rice celebrates some of the most memorable moments in NFL history and reflects on his own love of the game. He offers a comprehensive look at the players and coaches that helped define and transform football to the cultural phenomenon it is today. 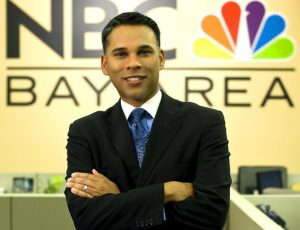 The Commonwealth Club of California is the nation’s oldest and largest public affairs forum. 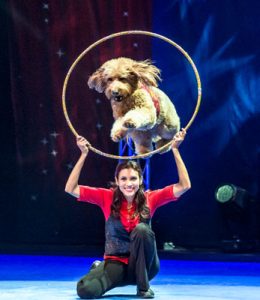 Director Chris Perondi’s show has been entertaining audiences of all sizes and has produced over 9,000 shows in his career. It is truly the most entertaining show of its kind. You will meet a cast of professional performers along with over a dozen talented pound pups.

The show is one-of-a-kind and brings forth pet adoption awareness.

All the dogs have been rescued from pounds and shelters from across the country.

The mission is to promote animal rescue, pet adoption, encourage spaying and neutering, and encourage people to spend more time with their pets. Every show also includes interactive crowd participation.

It’s not just a show, it’s an experience!

These stars have been featured on the Oprah Winfrey Show, David Letterman, the Tonight Show, Ellen DeGeneres Show, Queen Latifah show, Animal Planet’s Pet Stars, worldwide during the annual Rose Parade, and the CBS Early Show among others.