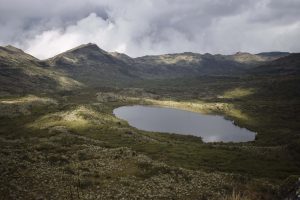 Bogota, Dec 29 (EFE).- The Chingaza “paramo,” located in the nature park of the same name in the Colombian Andes, is a refuge for fauna and flora that provides water to Bogota and that, environmentalists say, could be in danger if it becomes over-exploited.

The Chingaza Park is surrounded by the Eastern Andes mountain chain, some 99 kilometers (61 miles) from Bogota at an altitude of up to 4,020 meters (13,200 feet) above sea level, making this preserve one of the region’s main ecotourism attractions

The paramo ecosystem – a high-altitude wet tundra that covers 76,000 hectares (about 190,000 acres) – includes the towns of Fomeque, Guasca, La Calera, Choachi, Gachala, Junin and Medina, all in Cundinamarca province, as well as Restrepo, Cumaral, El Calvario and San Juanito in central Meta province.

Among the animals living in the Andean forest and the Chingaza Park “paramo” are Tremarctos ornatus – the “spectacled bear” – along with deer, puma and leopard.

Paramos are real “water factories” which supply many cities and towns in Colombia with fresh water, and that is precisely one of the risks facing Chingaza.

There, the Bogota Water and Sewer Company (EAAB) operates the Chuza reservoir, an artificial lake that supplies water for almost 80 percent of the capital’s 7.5 million residents.

Environmentalists say that the region’s natural wealth could be threatened if a project to expand the water capture and supply capacity by building a new reservoir called “La Playa” or “Chingaza 2” comes to fruition.

“Making Chingaza 2 means losing a very extensive part of the paramo, and so Bogota has to look at … different alternatives to building a second dam,” former Environment Minister Manuel Rodriguez Becerra told EFE.

Jaime Moncada Rojas, an expert on environmental water sustainability, said that La Playa is a project that is part of the EAAB’s Master Supply Plan but it is “still just on paper.”

According to the EAAB, the plan “consists of creating a dam upstream from the current structure for the flow of the Guatiquia River to improve the regulation of the water flow of the Chingaza area.”

“Environmental decisions like this are very complicated because they have to weigh the (impact on the) environment, but you also have to look at the social and economic issues,” Rodriguez said.

He added that a second Chingaza dam would affect not only the paramo but also the residents of the Orinoquia region, since it would divert the water that now flows to eastern Colombia and Venezuela. 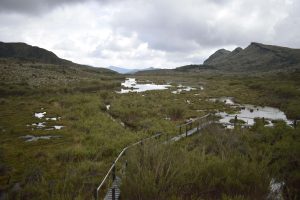 “It’s unfair to the towns located where the water is that goes to Bogota since they benefit very little from it,” Rodriguez said, emphasizing the importance of protecting the paramo from the threat posed by climate change.

That is why he proposed alternatives for providing water to the capital, including decontaminating the Bogota River and collecting rainwater, since “nowadays the environmental benefit from protecting the paramos is greater.”

According to the study titled “New climate change scenarios for Colombia 2011-2100” prepared by the Hydrology, Meteorology and Environmental Studies Institute (IDEAM), rising temperatures will affect the paramos and, ultimately, the supply of water for Colombians.

“In the high mountains, the temperature is increasing more than on the rest of the Earth’s surface, which will cause the loss of some very large areas of paramo,” Rodriguez said, emphasizing the crucial role played by these ecosystems in regulating climate change, given that their soils absorb large amounts of carbon dioxide, up to 10 times more than other wetlands elsewhere in the world.