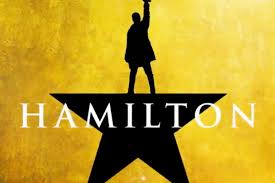 Missed seeing “Hamilton” show in San Francisco? Rejoice! Just in time for the Fourth of July weekend the original cast of Broadway’s electrifying, hip-hop infused production of “Hamilton” with Lin-Manuel Miranda as its sensational super star will streamline the revolutionary moment in history about American founding father Alexander Hamilton straight from the Richard Rodgers Theater on Broadway in New York. 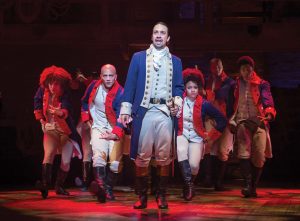 Get the best seat in the house and experience one of the best musicals the theater has to offer.

Disney is bumping up the release of its recording of the hit stage musical Hamilton by over a year.

Photo courtesy of Disney Plus

Its virtual and it is free! Lets make some magic together as a star-studded roster of artists performing for you, wherever you are, in this one-night only concert. Curated by Festival Napa Valley and recorded specially for this occasion, One Night, Many Voices features festival favorites Joshua Bell with soprano Larisa Martínez; tenor Michael Fabiano; soprano Nadine Sierra; pianist Jean-Yves Thibaudet; and the sensational Young People’s Chorus of New York City.

The concert culminates with a swinging jazz performance by pianist Aldo López-Gavilán and his band – direct from Havana, Cuba. With a career spanning more than thirty years as a soloist, chamber musician, recording artist, and conductor, Joshua Bell is one of the most celebrated violinists of his era, and has frequently been a featured artist at Festival Napa Valley.

The youngest winner of both the Marilyn Horne Foundation Vocal Competition and the Metropolitan Opera National Council Auditions, Nadine Sierra made successful debuts at the Metropolitan Opera, Teatro alla Scala, Paris Opera, and Berlin State Opera and is quickly becoming a fixture at many of the world’s top opera houses.

The recipient of the 2014 Richard Tucker Award and the 2014 Beverly Sills Artist Award, Michael Fabiano is the first person to win both awards in the same year and is considered one of the greatest tenors today.

Highly praised for her warm quality of voice and unique timbre, soprano Larisa Martínez was a 2016 winner of the Metropolitan Opera National Council Audition PR district and has since established a strong and unique presence in the classical performance world. For more than three decades, Jean-Yves Thibaudet has performed worldwide, recorded over fifty albums, and built a reputation as one of today’s finest pianists.

At twelve, he entered the Paris Conservatory; at age fifteen, he received the Premier Prix du Conservatoire; and at age eighteen, he won the Young Concert Artists Auditions in New York City. Aldo López-Gavilán is a brilliant Cuban classical pianist and a renowned master of improvisation. Beginning his career as an acclaimed child prodigy (in composition as well as performance), he has performed around the world, won numerous awards, and recorded six albums.

The Young People’s Chorus of New York City is a multicultural youth chorus internationally renowned not only for its superb virtuosity and brilliant showmanship, but as a model for an inclusive society that is being replicated globally. Founded by Artistic Director Francisco J. Núñez, this groundbreaking program harnesses the power of music to fulfill the potential of every child. Festival Napa Valley’s mission is to make the arts accessible to all, even if you are staying home wearing your favorite PJs. Reminder: A glass of your favorite Napa Valley wine will add a sparkle to your Festivity. 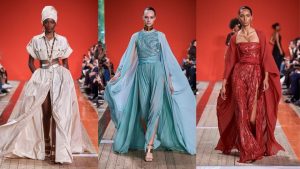 Fashion Community Week is Ready for the Designer Applicants

You too can be as famous as Christian Dior, Calvin Klein or Ralph Lauren by submitting your gorgeous designs for judging at the next September 2020  Fashion Community Week in San Francisco.

The fashion designer application is now open and you are invited to apply! Fashion Community Week have represented fashion designers and brands from around the globe, covering 40 countries and 6 continents and will be excited to present your collection!

This is a great opportunity to showcase and exhibit your collection, while building clientele and receiving press coverage. New this year: The organizers are currently offering the option for Fashion Designers to participate remotely. It will be the first ‘new-age runway show’ to be showcasing and exhibiting new applicants collection. 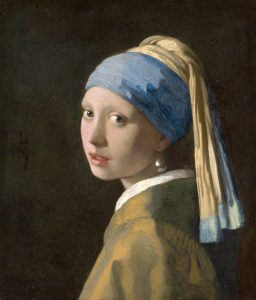 An Online Date with the “Girl with a Pearl Earring”

The work permanently resides in the Mauritshuis Museum in Hague, Holland

I miss seeing her face. I met her face to face when she was exhibited at the Legion of Honor Museum in San Francisco a few years back.

Wearing my own pearl earrings I was mesmerized and hypnotized by her beauty, mystery and the gorgeous face.

I could not take my eyes off this magnificent painting by the Dutch artist Johannes Vermeer, one of his most well-known works in the Mauritshuis museum. 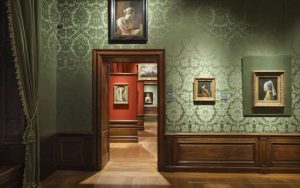 It depicts an imaginary young woman in exotic dress and a very large pearl earring.

Housed in a splendid 17th-century palace in The Hague, the Royal Picture Gallery Mauritshuis holds one of the world’s greatest collections of Dutch Golden Age paintings. 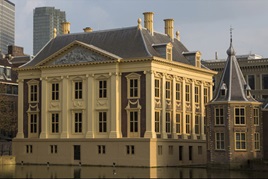 This jewel-box museum is a destination for art lovers from across the globe and the Girl with a Pearl Earring, oil painting on canvas (c. 1665) by Dutch artist Johannes Vermeer, one of his most well-known works and biggest attractions.

Not able to travel to Holland at present time, we are able to have a date with her online. Please do.

Photo courtesy of the Mauritshuis Museum