Miami, Jul 25 (EFE).- Hanna, the first hurricane of the Atlantic hurricane season, strengthened on Saturday and made landfall on Padre Island, along the Texas Gulf coast, packing sustained winds of 90 miles per hour, while Gonzalo lost strength to become a tropical depression in the southeastern Caribbean Sea, the Miami-based National Hurricane Center reported.

Hanna is currently located about 70 miles from Corpus Christi and about 50 miles northeast of Port Mansfield, both cities in Texas.

Hurricane Hanna is a Category 1 storm on the five-point Saffir-Simpson Scale and in recent hours has brought heavy rains and wind to northeastern Mexico and southern Texas, where serious flooding is predicted.

Texas has also experienced power blackouts in some areas due to the storm.

A storm surge of up to 5 feet is anticipated between Port Mansfield and Sargent.

Hanna is moving to the west at 8 miles per hour, is packing strong winds and could bring up to 12 inches of rain – along with resulting flooding – to Texas and to the Mexican states of Coahuila, Nuevo Leon and Tamaulipas.

Also, along the Texas coast there could be rip tides and possible tornadoes, according to the NHC.

The federal agency predicted that the storm will move toward the southeast on Saturday night and will strengthen further.

Meanwhile, Tropical Storm Gonzalo was downgraded to a tropical depression, with maximum sustained winds of 35 miles per hour as it moves to the west at 20 miles per hour.

All the storm advisories for Gonzalo, which is located 50 miles northwest of Trinidad, were cancelled.

This year there two tropical storms – Arthur and Bertha – formed even before the official June 1 start of the storm season, followed since then by Cristobal, Dolly, Edouard, Fay, Gonzalo and Hanna, the latter of which is the first hurricane of the season, which runs through Nov. 30.

Of those anticipated hurricanes, three to six could become big storms, with maximum sustained winds of at least 111 miles per hour, measuring a Category 3 on the Saffir-Simpson Scale, according to the National Oceanic and Atmospheric Administration. 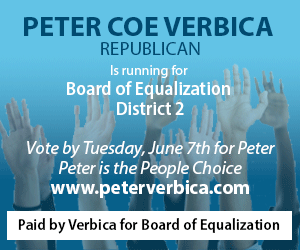