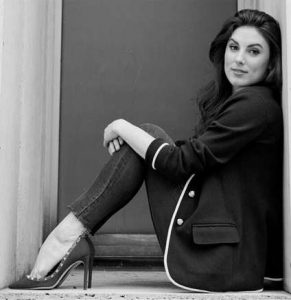 From the Kennedy Center In Washington D.C.

Conceived in the midst of the pandemic that has swept the globe, choreographer William Forsythe, New York City Ballet Principal Dancer Tiler Peck, and CLI Studios   present The Barre Project.

Choreographed for film, with the feel of a live performance, The Barre Project was created via Zoom, with all rehearsal, filming, and assembly taking place bi-coastally and entirely remotely. 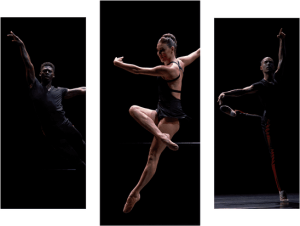 By reserving your spot for the world premiere The Barre Project you will have free access to both live streams.

The show runs for 30 minutes followed by Q&A with Tiler Peck and the show’s choreographer William Forsythe.

– Streaming Live from The Kennedy Center For the Performing Arts

Photos courtesy of The Barre Project 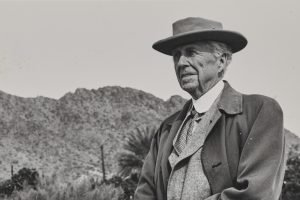 At Home with Frank Lloyd Wright

A Virtual Tour of Taliesin West in Phoenix Arizona

If you have not heard of architect Frank Lloyd Wright (1867-1959) – you were living in a deep freeze hibernation in Antarctica for the past 100 years.

Well, its time to defrost as you are invited on a virtual tour to retrace the steps of one of the world’s most-acclaimed architects. Presented by Visit Phoenix, Arizona this installment of the “Wide Open Spaces” virtual series, we’ll be visiting Taliesin West, the winter home and desert laboratory of Frank Lloyd Wright.

Explore the grounds and living spaces of this UNESCO World Heritage Site and learn more about the architect who “changed the way we build and live,” 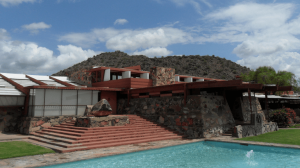 During this virtual session all attendees will be entered into a special drawing for a Wright-inspired gift from Taliesin West.

And when the Covid pandemic disappears for good, get on a plane and head to Phoenix to visit the magnificent architectural creations by Frank Lloyd Wright, one of my absolutely favorite architects! 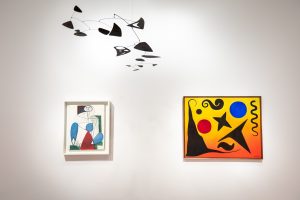 “Calder-Picasso” Is a Treat for Your Eyes

The de Young Museum is open! Enjoy masterpieces by two of the most innovative artists of the 20th century: Alexander Calder (1898 – 1976) and Pablo Picasso (1881 – 1973) as they inaugurate the past Covid closure with the unique and visually spectacular exhibit of more than 100 of their artworks in the first major museum show to explore their artistic relationship.

Conceived by the artists’ grandsons, Alexander S.C. Rower and Bernard Ruiz -Picasso, Calder-Picasso spans a visual dialogue of works from the mid -1920s to the early 1970s. While Calder sought to capture the forces in order to express “immense grandeur” Picasso engaged in fusing to achieve a deeper likeness, more real than real, thus becoming as we are familiar with “sur-real.” 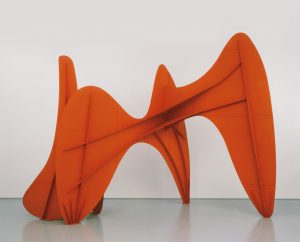 The best way to analyze their creativity is to visit the exhibit and compare the style of Calder and Picasso as they are exhibited side by side.

Although I was never given the opportunity in meeting Pablo Picasso in person, I had the unforgettable pleasure of visiting Alexander Calder in his home in upstate New York where he lived and worked in his studio. 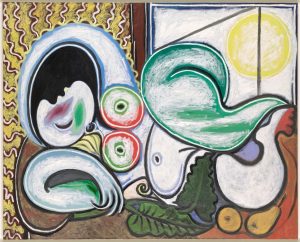 My life was definitely enriched by my personal meeting with Calder. 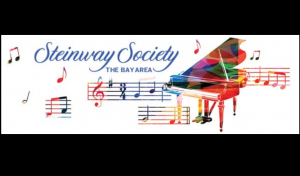 From Moscow, Russia to Your Home:

Alexander Sinchuk’s spring 2020 performance was postponed because of the pandemic, but he’ll be coming directly to your living room this month as the next artist in the Steinway Society’s Home Concert Hall series.

Born near Vladivostok in the Russian Far East, Alexander Sinchuk has an affinity for the darkly Romantic corners of the repertoire.

He won first prize at the 2008 International Rachmaninoff and 2012 International Horowitz piano competitions, and has performed all over the world giving recitals and master classes. 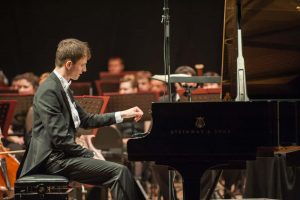 This virtual Home Concert Hall series allows music lovers around the globe to enjoy the artistry of outstanding pianists–without ever leaving their homes. and lucky for you these high-quality specially-made video recordings are not available elsewhere on the Internet.

Best of all, every seat is a front row seat in your living room. Steinway Society – The Bay Area is a non-profit organization based in Silicon Valley which presents and promotes excellence in classical piano music.

Now in its 25th season, this dedicated group of musicians, pianists, teachers and arts lovers presents a series of classical piano concerts featuring international award-winning pianists, as well as a community outreach and in-school program.