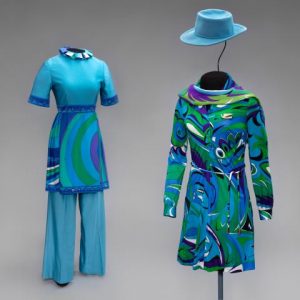 The good news for the cocooned generation for the past 18 months is that the San Francisco International Airport is back in full swing and the inaugural exhibition in the new Harvey Milk Terminal 1 gallery features bright and colorful flight attendant uniforms from the past.

A wonderful exhibit to view and for some of us to reminisce as we wait for the departure of our plane to a dreamy destination.

Women’s fashion underwent a transformation during the 1960s and 70s, driven by remarkable social change and a revolutionary youth culture.

As fashion designers experimented with new materials and styles on the runway, airlines introduced fantastic and daring flight attendant uniforms to their cabins. 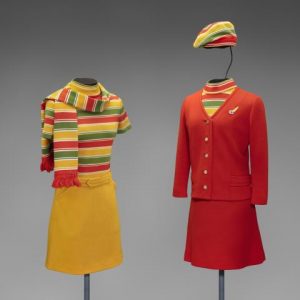 This exhibition features some of the wilder uniforms made between 1967–74 for Braniff International Airways, Northwest Orient Airlines, Pan American World Airways, Trans World Airlines, and United Air Lines. Established in 1980 by the Airport Commission, SFO Museum’s mission is to delight, engage, and inspire a global audience with programming on a broad range of subjects; to collect, preserve, interpret, and share the history of commercial aviation; and to enrich the public experience at San Francisco International Airport.

The Museum has been accredited by the American Alliance of Museums since 1999 and retains the distinction of being the only accredited museum in an airport.

Enjoy the exhibit, but don’t miss your plane’s departure.

Have a great trip! 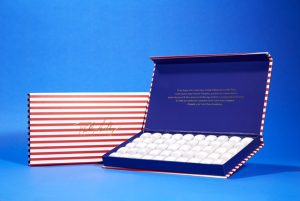 “Taste of America” – Chocolates for Every State

Pre-order now for the July 2021 shipping

Say Hi to the sweetest man in the United States: Philip Ashley Rix, a.k.a. the real-life Willy Wonka, who creates chocolates for every state.

And since you, my devoted readers, live in California let me share with you his California’s favorite creation which the chocolatier calls “Napa Valley Red Wine.”

The busy chef has also made tens of thousands special designs of which the Hollywood elite enjoyed at the Emmys, Grammys, and Oscars.

Last year, Oprah Winfrey selected his “Perfect Turtle” as one of her “Favorite Things.” Rix passion for chocolates started with a visit to a Godiva chocolate shop with his mom, and then Willy Wonka showed up. 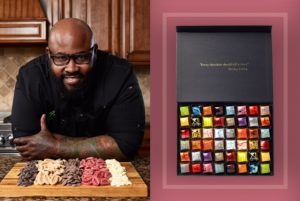 It was a weird dream.

“When I woke up, I knew that I would make chocolates for the rest of my life,” Rix says.

And so he does…. with his latest creation of “Taste of America.”

The 50-piece red- and white-striped limited-edition box resembles the American flag, and the inside flap features a gold inscription of the preamble of the U.S. Constitution.

Tickets are on sale now!

If there is one show not to be missed – it is the award winning “Hamilton!”

Get your tickets now before the show is sold out! The current plan is to open the “Orpheum” at 100 percent capacity, and the production’s management is working closely with the city of San Francisco to make sure the audience, actors, stagehands and ushers will safely return.

Show’s producer Jeffrey Seller adds: “The Bay Area has always been a special place for “Hamilton” after audiences embraced the launch of our first national tour.

We are thrilled that ‘Hamilton’ will reopen in San Francisco and play for four final weeks before continuing their performance in San Jose on October 12 through 31.”

Tickets are $49-$299. Plus — in keeping with the regular, totally cool “Hamilton” protocol — there will also be a limited number of $10 seats offered up in a lottery for all performances.

Tennis starts with “love” so let’s show our excitement as the Mubadala Silicon Valley Classic welcomes back the world’s best women’s tennis stars as it celebrates its 50th anniversary this year, and its place in history as the longest running women’s only tennis tournament in the world. 2020 Australian Open champion Sofia Kenin, 2017 US Open champion Sloane Stephens, and 2017 Mubadala Silicon Valley Classic champion Madison Keys have all announced early they will play at the impressively designed tennis center on the campus of San José State University.

With more than 33,000 students and nearly 4,370 employees, San José State University continues to be an essential partner in the economic, cultural and social development of Silicon Valley and the state, annually contributing 10,000 graduates to the workforce.

The university is immensely proud of the accomplishments of its more than 260,000 alumni, 60 percent of whom live and work in the Bay Area. 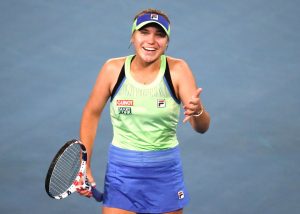 Co-founded by the legendary sportswoman, visionary, and activist Billie Jean King, the tournament was the first event of the historic 1971 women’s professional tennis tour which was a precursor to the WTA.

Ticket packages for the 2021 event are on-sale now!