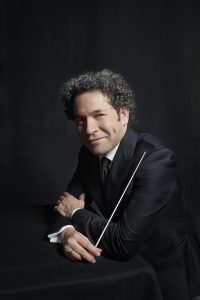 Gustavo Dudamel is Back in San Francisco

The renowned director of the Los Angeles Philharmonic Gustavo Dudamel returns to conduct the SF Symphony for the first time since March 2008.

The program includes Wolfgang Amadeus Mozart’s dramatic Symphony No. 38, Prague, unveiled during Mozart’s visit to Prague, where the composer was hugely adored, and Gustav Mahler’s masterful Fifth Symphony, which features the famous Adagietto movement Mahler composed as a love song to his wife Alma. 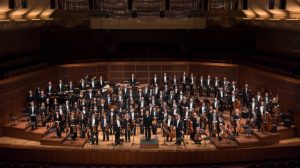 Adoration, romance and the magnificent music are featured prominently in this beautiful repertoire of the “Artists and Music” Series. 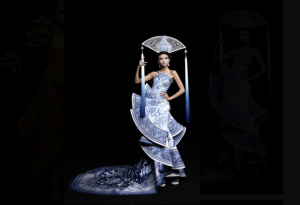 Guo Pei: Couture Fantasy at the Legion of Honor Museum in San Francisco

Hurry up Lady Gaga to San Francisco to view this stunning exhibit of the marvels of the high fashion and extraordinary craftmanship created by the world famous Guo Pei is now on exhibit at the Legion of Honor Museum which will leave you breathless, awestruck and inspired.

Explore Pei’s  haute couture, cultural heritage and her ancestral healing as the art is vividly visible and expressed in her creations. 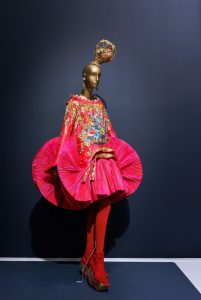 Hailed as China’s premier couturier this special exhibit showcases more than 80 works from the past two decades, highlighting Pei’s most important collections of her exquisite craftsmanship, lavish embroidery and unique dressmaking techniques.

No need to travel to the Beijing and Paris runways shows – the magnificently regal Legion of Honor Museum in San Francisco is your current destination for now.

“A man, a song and a poet” inspired the making of the documentary “A Song for Cesar,” a tribute to Cesar Chavez and the farmworker movement he created. The film explores his life from early childhood to his final days, and highlights the musicians and artists—including Joan Baez, Maya Angelou and Carlos Santana—who dedicated their creativity and reputations to peacefully advance Chavez’s legacy.

Lynn Rivas is one of the panelists who will discuss the film and answer questions from the audience. Andres Alegria and Abel Sánchez, the co-producers and directors of “A Song for Cesar,” will also appear on the panel, along with a representative from the Cesar Chavez Foundation. 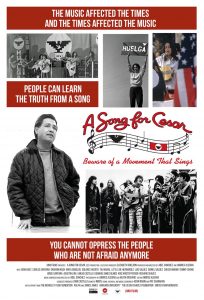 In 2004, guitarists and songwriters Abel Sanchez and Jorge Santana wrote the lyrics and music to “Song for Cesar” and set it to a short video infused with images of musicians and artists working side-by-side with Chavez.

This is definitely a very historic and educational event to attend and participate. The heartfelt gratitude goes to the Los Altos History Museum, Hidden Villa and Foothill College for sponsoring a free showing of “A Song for Cesar” at the Smithwick Theatre in Los Altos Hills.

Registration is required at hiddenvilla.org/songforcesar. 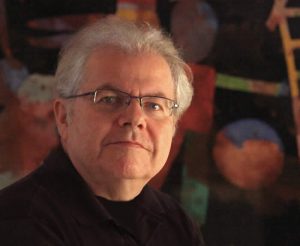 As we both studied the piano with Professor Zalkind in the outskirt of Warsaw, Poland and as Ax became one of the most famous pianists in the world, my explanation for my failure of not becoming a professional pianists was: ” Mani, as he was known to his friends and family,  discovered Chopin and I discovered boys…” and now you know the rest of the story…Always a favorite in his virtuosic and brilliant  interpretation of Chopin Ax returns to the Bay Area for three not to be missed performances in the Bay Area.

“Ax’s greatness in his overwhelming authority as musician, technician and probing intellect emerges quickly as he plays. With minutes, we are totally captured by his intensity and pianistic achievement.’ – Los Angeles Times. Born in modern day Lvov, Poland, Ax moved with his family to Canada and eventually settled in New York.

A winner of numerous prestigious piano completions such as Arthur Rubenstein International Piano Competition and Avery Fisher Prize, Ax is a Fellow of the American Academy of Arts and Sciences and holds honorary doctorates of music from Skidmore College, Yale University and Columbia University.

I will definitely attend all three performances and so should you…