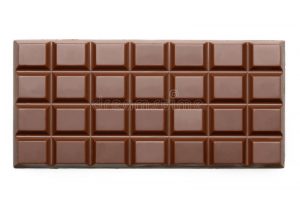 The iconic chocolate company turned to a  sleek new design attracting tourists to the City by the Bay. Play a tourist in your town and visit the sweetest  place in town like Ghirardelli Chocolate Experience Shop, which infuses the modern design to Ghirardelli iconic style, elevating the vintage brick and wood warehouse into a stunningly impressive and bright and sweeping bar with a blue tile motif and unobstructed views of Alcatraz and to the Bay below. But the newly remodeled store is not only about style, the taste and the aromas of the making chocolate bars in the shop area itself allows the sights, sounds and the smells of the chocolatier’s daily life through the new space.

The famous Ghirardelli hot fudge sundaes are also made fresh on-site daily in an open kitchen for guests to watch the magic happen. And don’t forget to bring  the most delicious souvenir offered by the largest Pick & Mix kiosk at which the customers can grab individually wrapped chocolate squares to assemble their own bags from more than 20 flavors. Founded in 1852, Ghirardelli’s is the third-oldest chocolate company in the United States. 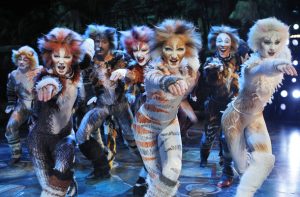 A new production of CATS, the landmark musical by Andrew Lloyd-Webber, based on T.S. Eliot’s beloved book of poems, will play in San Francisco’s Golden Gate Theater. Featuring new sound design, direction and choreography for a new generation — experience CATS for the first time as it begins a new life, or let it thrill you all over again! Since its world premiere, CATS has been seen by more than 75 million people worldwide. CATS opened in London’s West End in 1981. The original Broadway production opened in 1982 at Broadway’s Winter Garden Theater where it ran for 7,485 performances and 18 years.

The Tony Award-winning Best Musical held the title of longest-running musical in Broadway history until it was surpassed in 2006 by Lloyd Webber’s The Phantom of the Opera. The original Broadway production closed on September 10, 2000 and is currently the fourth longest-running show in Broadway history. An absolutely fabulous musical not to be missed. With magnificent music, creative sets and costumes – you will be totally mesmerized and dream of seeing it again and again.. as I did while attending performances in London, New York, Tel Aviv and Paris. Meow! 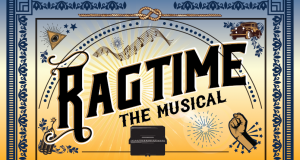 TheatreWorks Silicon Valley continues its 51st season with the hit musical Ragtime. This sweeping and stirring musical masterpiece paints a portrait of America at the dawn of the twentieth century, interweaving the lives of three families—an African American family, a Jewish Immigrant family, and a wealthy white family—finding their places and pursuing the American Dream in a rapidly changing world.

Featuring a Tony Award-winning book by Pulitzer Prize finalist Terrence McNally (Master Class, Kiss of the Spider Woman, The Rink) and a Tony Award-winning score by Stephen Flaherty and Lynn Ahrens (Once on This Island, Anastasia, Seussical The Musical), this musical is based on E. L. Doctorow’s best-selling novel. Ragtime’s original 1998 Broadway production was declared a “A colossal hit” by the New York Post and received four Tony Awards. TheatreWorks’ 2002 production of Ragtime, directed by Founding Artistic Director Robert Kelley, received rapturous accolades with The Mercury News calling it “A masterpiece.” Kelley will return to direct this highly anticipated new production.

Center for the Performing Arts

The Ronald Reagan Institute Shultz Lecture Series was originally conceived to honor Secretary Shultz on the anniversary of his 100th birthday; to celebrate and introduce more people to his incredible achievements and leadership in service to the United States and the world. This inaugural Shultz Lecture brings together three leading scholars to discuss the legacy of Secretary George P. Shultz: the man, the statesman, and a cherished friend and mentor to many. George P. Shultz Lecture Series is a collaboration spearheaded by Taube Philanthropies in partnership with the Ronald Reagan Presidential Foundation & Institute. Two lectures will be held in 2022, with the West Coast lecture taking place at The Commonwealth Club in San Francisco in June, and the East Coast lecture being held at the Ronald Reagan Institute in Washington, D.C. , later this year.