While the people of Great Britain, the Commonwealth Countries and may I add the world celebrate and pay tribute to Her Majesty Queen Elizabeth II, the oldest monarch who is marking her 70 years on the Royal throne, may I share my personal memories expressed in my previous article published in the “Kstati” newspaper on May 8, 2016. 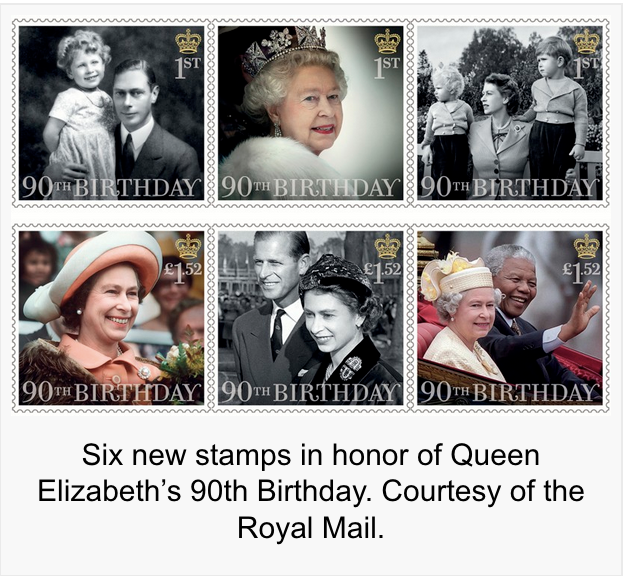 Philatelists of the world rejoice! Her Majesty Queen Elizabeth II has given her official stamp of approval to British Royal Mail on the issue of a sheet of ten brand new definitive stamps commemorating her 90th birthday and her 64th anniversary of accession to the throne. The Queen is the longest reigning U.K. monarch and also the oldest reigning monarch in the world. Wherever she is in the world, the Queen is always on duty. Her Majesty never stops being the Head of State, Fount of Justice, Defender of the Faith, Head of the Armed Forces, Head of the Commonwealth, Head of Nation and much else. As she herself acknowledged in a speech broadcast to the Commonwealth on the day she turned 21, ‘’My whole life, whether it be long or short, shall be devoted to your service.’’ These words concluded a historic speech which, at the time, was said to have reduced former Prime Minister Winston Churchill to tears.

The six new special stamps celebrate Her Royal Highness the Queen’s birthday with three stamps focusing on Her Majesty’s family life and three honoring the Queen’s official role. The family stamps include an image of the Queen with her children, the young Prince Charles and Princess Anne in 1952, as well as a stamp with her husband, the Duke of Edinburgh in 1957. This is also the first time Royal Mail has issued a stamp featuring the Queen with her father. The stamps also mark the Queen’s official duties: as Head of State for the opening of Parliament in 2012; as Head of the Commonwealth where she is depicted with Nelson Mandela in 1996; and on a state visit to New Zealand in 1977. The images represent more than 100 state visits made worldwide by Her Majesty since her accession.

But the latest buzz and excitement around the globe surrounds the newest specially-commissioned family portrait of four generations of the House of Windsor, which will make its way into stamp collection. Taken by photographer Ronald Mackechnie for Royal Mail in the summer of 2015 in the White Drawing Room at Buckingham Palace, it features the Queen, the Prince of Wales, the Duke of Cambridge and Prince George of Cambridge. This is the debut of the smiling and adorable Prince George on a Royal Mail stamp. 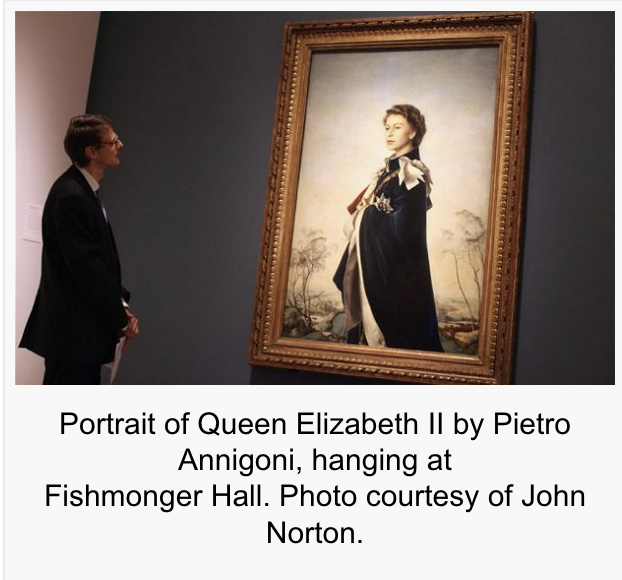 The perforations in the stamp sheet are positioned to create a postage stamp for each member of the Family. ‘’In the UK, stamps are seen as being very traditional and are synonymous with British culture,’’ confirmed the spokesperson for the Queen. ‘’As the Queen’s celebration is an event of such national significance, a set of stamps dedicated to this special occasion have generated a lot of interestOn her recent April 21 visit to the Royal Mail Windsor delivery office on William Street, Queen Elizabeth II was presented with the first in a limited edition of 90 framed sets that bring together stamps issued to mark her 90th birthday and her significant achievements over the years. This visit marked the 500th anniversary of the postal service. ‘’Royal Mail is proud of our enduring association with Her Majesty The Queen. It is the company’s honor to play a part in a historic celebration of the Queen,’’ stated an executive at Royal Mail. ‘’The Queen’s image is one of the most recognizable in the world and we are delighted to bring these iconic images together to mark the anniversary of the Queen’s accession and her very special birthday.’’

With the recent royal celebration in Great Britain, I was inspired to view our family’s albums with stamps collected over sixty years by my husband Sasha and his dad Nathan. It was surprising to discover how many British stamps, including many with the Queen’s image, were in their collection.

My first introduction to the fascination of the British people with the Royal Family came on our first day at work in England when we entered the dimly lit corridor of the University of Birmingham’s famed Electrical Engineering department. ‘’Isn’t our Queen beautiful?’’ was Mary’s warm greeting as she was polishing the already shiny floor. I learned fast that saying ‘’Yes’’ with a smile was my invitation to daily afternoon tea with homemade scones and crumpets.

Three years later, with my husband’s newly awarded PhD title, we were leaving England for a new job opportunity in the U. S. And now as the British people celebrate the monarch’s 90th birthday, I do agree with Mary that the Queen is certainly a beautiful Lady. 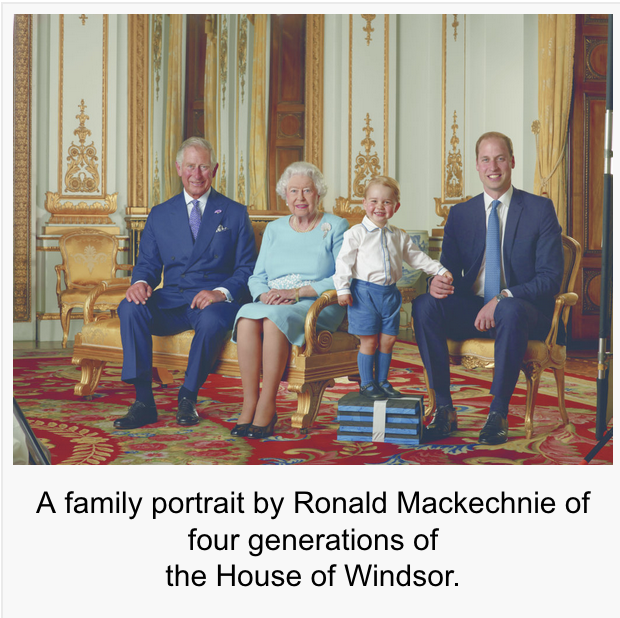