Delicious Events Around the Bay 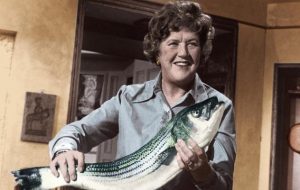 Every Friday through May 8 at 10 pm on KQED TV

How many of you remember Julia Child, the most famous American born chef who mastered the Art of French Cooking while living and studying in France.

She is recognized for bringing French cuisine to the American public with the teachings in her best selling cookbooks as well as hosting her own cooking shows on television. In 2000 Child received the French Legion of Honour, a uniquely unusual recognition to be awarded to an American chef in France. 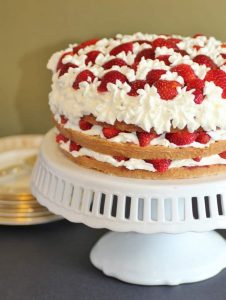 And if you plan to travel to Washington D.C. don’t miss visiting the Smithsonian Institution where Julia’s kitchen is on display as a permanent exhibit.

The kitchen was custom build for her by her beloved husband to fit her over the 6 ft. frame.

And since you are all cocooned now at home search the Netflix to see the movie “Julia, Julia” with actress Meryl Streep in the lead playing Julia. In addition you may venture into your own kitchen to try Julia’s cooking recipes in order to treat your family to a French dinner. 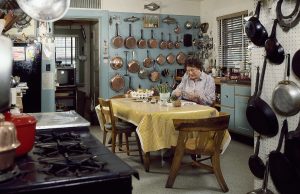 I don’t cook but I heard it is achievable if you watch Julia’s videos. Julia passed away in 2004 at the age of 92. 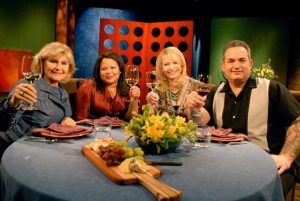 An intriguing concept of sending three anonymous amateur restaurant reviewers to three restaurants of their choice and recommendation – is the premise of one of the most popular and locally produced dining shows among the KQED TV programs!

The weekly show which brings the reviewers to the studio where they share their opinion about the restaurants they visited and dined at, is hosted and moderated by the incomparable Leslie Sbrocco, the award- winning  author, wine connoisseur, newspaper columnist, speaker and a regular guest on the national and international TV shows such as the NBC Today and ABC GMA shows among them.

Check out please the attached photo and see if you can identify  the author of this column among the guests with good taste? Yes, I made it! My selected restaurant for the Check, Please, Bay Area! was “Chef Chu’s” of Los Altos, one of the ten best Chinese restaurants in the United States.

You too can be a guest restaurant reviewer on this fab show by wowing the producers with information about you and your favorite restaurants.

Good luck and let me know when you will be appearing on this show.

Foodie With an Agenda with Food Critic Soleil Ho

Curious to hear the rest of the story? Well, its about time as the San Francisco Chronicle’s food critic entered a new era of restaurant criticism in 2019 when longtime food critic Michael Bauer retired (really? seriously?) and was succeeded by Soleil Ho. Quick to set herself apart from her predecessor, Ho freely mixes thoughts on racism, cultural appropriation and other hot-button topics into her weekly reviews in the Food section of the local newspaper.

This will definitely be an interesting and mentally simulating conversation with a young and controversial voice in the Bay Area’s active food culture.. or the lack of it.

Information:  This is an online program with live streaming, presented free of charge by The Commonwealth Club of California; donations are welcome and may be made during the registration process at commonwealthclub.org.

The Commonwealth Club of California is the oldest in the United States, dating back to 1924 and largest public affairs forum. Every year, they present more than 450 forums on topics ranging across politics, culture, society and the economy.

The mission of The Commonwealth Club of California is to be the leading national forum open to all for the impartial discussion of public issues important to the membership, community and nation.

Photo courtesy of the Commonwealth Club 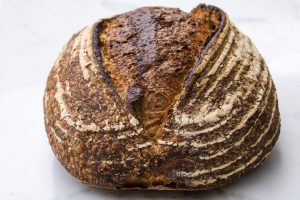 Manresa Breads to the Rescue in Los Gatos

Fridays to Sundays pick-ups from 2 to 4 pm

Manresa breads are in demand and so are the chocolate babkas, croissants and other sweets and savories. Owned and operated by chef David Kinch’s of the Michelin-starred Los Gatos Manresa restaurant fame, the Manresa Bakery is open for the take-out business.

The fabulous head baker Avery Ruzicka and her talented team keep the ovens hot and busy for the avalanche of orders from the regular and new customers. 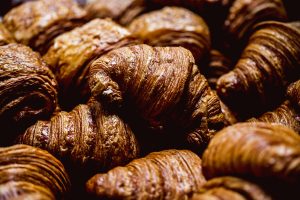 They also are selling the 5-pound bags of organic flours from local mills and Community Supported Agriculture produce boxes from area farms while giving out sourdough starter for free.

Information: It’s a preorder, prepay operation, with no-contact pickups at Los Gatos location at 605 University Avenue at the Industrial Way parking lot only.

In coming weeks, the bakery plans to make coffee and wine available for sale.  www.pre-ordermanresabread.com