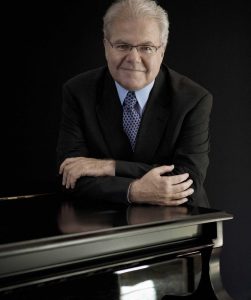 With Beethoven, Wagner, Wolfe and Berg:  SF Symphony Starts the New Year on a Happy Note!

Happy Birthday Ludwig van Beethoven! 2020 marks the 250th anniversary of the birth of Beethoven, the most famous composer who casts a long shadow over music—challenging, inspiring, haunting, and setting the bar for generations to come.

The renowned Beethoven virtuoso pianist Emanuel Ax, will present the Piano Concerto No. 2, some of the earliest-known music by the composer. Fronting a heightened sense of drama, Beethoven would become a beacon to Richard Wagner, who then pushed music’s harmonic language into a new realm—one which paved the way for Alban Berg.

The concert’s repertoire will also feature the West Cast Premiere of Julia Wolfe’s Fountain of Youth and Wagner’s Siegfried Idyll. 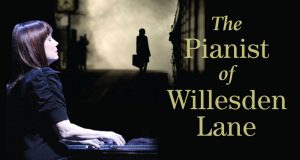 “The Pianist of Willesden Lane” Performs in Mountain View

Adapted and directed by Hershey Felder and based on the book “The Children of Willesden Lane” by Mona Golabek and Lee Cohen it celebrates the power of music to transcend even the darkest of times. Holding fast to dreams of concert success, a young Jewish pianist escapes Vienna via the Kindertransport, arriving in England at the outset of World War II.

In a stunning, nationally-acclaimed performance, concert pianist Mona Golabek recounts her mother’s poignant saga of hope and resilience, underscored with extraordinary music from Bach, Beethoven, and many more.

How truly amazing for the brilliant Hershey Felder and the incredible TheatreWorks of Palo Alto to present “The Pianist of Willesden Lane” at the time as the world celebrates Ludwig van Beethoven’s 250th Birthday. “Astonishing” and “Stunningly good!” – SF Chronicle. “Deeply affecting” – NY Times. Definitely not to be missed and possible see it twice.

To gently guide you on your path, Awaken: A Tibetan Buddhist Journey Toward Enlightenment brings together Buddhist artworks from the Virginia Museum of Fine Arts and the Asian Art Museum, home to two of the country’s most significant collections of Himalayan art. Sculptures, paintings, textiles and book arts made between 800 and 2016 chart a transformative journey from the ordinary world to awakening.

Awaken begins with works that speak to the unbalanced nature of our contemporary existence.

After meeting some of Himalayan Buddhism’s most interesting masters, you then meet your guide, or guru, in the form of an early 17th-century painting of Gorampa Sonam Sengge, the sixth abbot of Ngor monastery, who will lead you on a path out of this chaos.

A fascinating journey – enjoy, but time to wake up…

Traditional Mexican dance, music and costumes come together in this spectacular production. Ballet Folclorico Nacional de Mexico de Silvia Lozano has spent the past 56 years entertaining and performing for kings, presidents and prime ministers around the globe.

Featuring dances and authentic music, these captivating performances are carefully choreographed and designed to preserve and share the heritage of the Mexican people.

Now its time for you to enjoy and be awestruck by their artistry in San Jose.