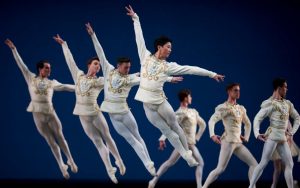 The evening begins with a cocktail reception and black-tie fundraising dinner at San Francisco City Hall at 5 pm. 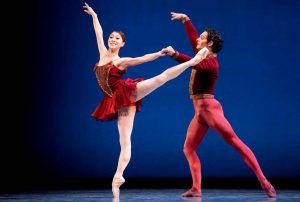 SOME OF THE PROGRAMMING INFORMATION:

The After Party will be held in San Francisco City Hall from 10 pm to 1 am.

The After Party celebration will feature lavish décor, live music by Pop Rocks and students from San Francisco Conservatory of Music, DJ Chris Clouse, as well as an open bar, and late-night fare by McCalls Catering & Events. 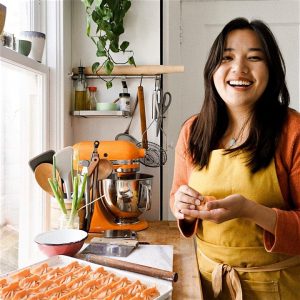 Have yourself a savory Sunday!  Dumplings are even tastier when you make it yourself. Join chef and food blogger Kristina Cho at Foragers Present for an afternoon of dumpling making. In this class you’ll learn on how to make dumpling wrappers from scratch, how to mix the perfect juicy dumpling filling, how to pleat like a master, and how to cook them up!

Each participant will prepare 16 dumplings. Plenty to enjoy at the end of class and still have some to take home to share or freeze and savor later! There will be meat and vegetarian filling options available and wrappers will contain gluten. Kristina Cho is a San Francisco based food blogger.

Her blog Eat Cho Food showcases her love of dumplings, noodles, and artful bakes. Her joyful recipes are inspired by growing up in her family’s restaurant, colors, the seasons, and a strong love for feeding people. 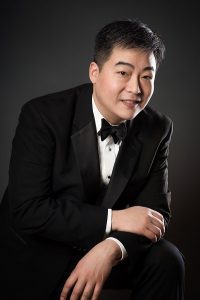 The orchestra will play John Corigliano’s musical score to accompany the eventful bio-pic of a legendary violin, following it from 17th century Italy to the present day. The Oscar and Grammy–winning score, widely praised by music critics (“classical elegance, gypsy passion”) will partner beautifully the full film.

“The Red Violin” written by Don McKellar with François Girard, follows the intricate history of a mysterious antique violin from its creation by a legendary luthier in 1681 Cremona, Italy, to an auction house in modern-day Montreal where it draws the eye of an expert appraiser. Follow the violin’s journey as it travels through five different countries over the course of four centuries, mysteriously impacting all who play it.

The performance version of the Oscar®-winning film score was meticulously reconstructed with the assistance and approval of composer John Corigliano himself. Don’t miss this priceless opportunity to experience Academy Award®­winning director François Girard’s 1998 film, screened live on the stage of the architecturally stunning California Theatre as Symphony Silicon Valley accompanies live the fascinating history of the Red Violin.

Shih-Hung Young, Chinese Conductor and violinist from Taiwan, was born in Kuala Lumpur, Malaysia and later came to the United States to attend the Juilliard Pre-College. He received his Bachelor’s and Master’s of Music degrees from The Juilliard School and a Doctorate of Music from State University of New York at Stony Brook. Dr. Young has been on The Juilliard School Pre-College Division faculty since 1995. 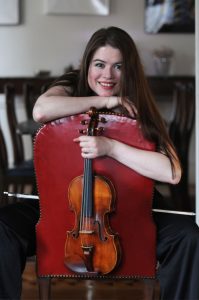 Lara St. John has been described as “something of a phenomenon” by The Strad magazine and a “high-powered soloist” by the New York Times. Canadian-born violinist St. John has performed as soloist with the Cleveland Orchestra, the Philadelphia Orchestra, the Toronto Symphony, the Montreal Symphony, and the Franz Liszt Chamber Orchestra of Budapest, among many others. Also an exceedingly successful recording artist, Lara St. John was signed to an exclusive multi-release recording contract with Sony Classical.

About Symphony Silicon Valley:  Founded in 2002, Symphony Silicon Valley has progressed from daring idea to exciting reality, rapidly becoming the greater South Bay’s premiere orchestra and a notable community success story. The Symphony’s artists, nationally recruited, locally resident, with an average performance tenure in San Jose of over 20 years, are recognized as among the best in the greater Bay Area.  Led by an exciting roster of distinguished guest conductors on the European model, the Symphony is an anchor tenant of San Jose’s magnificently restored downtown California Theatre, one of Northern California’s most outstanding music halls.

There, audiences and critics alike greet its concerts with enthusiasm. Symphony Silicon Valley is setting an example of an innovative business model in the arts — market driven and financially conservative, with low overhead and the flexibility to match its programming to its support base.  It earns 60% of its revenue each year – an extraordinarily high proportion for a symphony of its size. 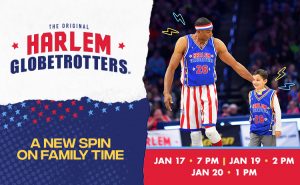 Don’t miss the one and only Harlem Globetrotters as they showcase the new high-flying dunks, hilarious stunts and unforgettable family moments.

The Globetrotters have collaborated with the Warriors on several occasions, including a visit with Stephen Curry in 2018 and an introduction of the Globetrotters’ 4-point shot with Klay Thompson in 2017. 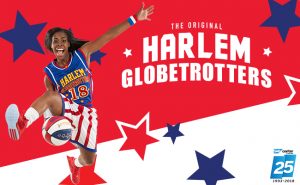 On the new tour, Globetrotters’ fans will experience even bigger moments and memories, including a live world record attempt at each game. Plus, many markets will feature a glow in the dark performance.