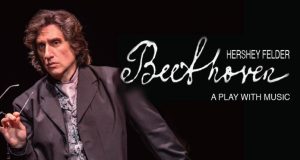 Enjoy an exclusive live-stream theatrical event live from Florence, Italy to your home in The Bay Area as TheatreWorks of Palo Alto is ready to livestream performance of “Hershey Felder: Beethoven” directed by Joel Zwick. Felder will brings Ludwig van Beethoven to life through the eyes of a Viennese doctor who spent his boyhood by Beethoven’s side. Hershey Felder is well known to the Bay Area audiences from his annual sold-out performances at the Mountain View Center for the Performing Arts and his creative partnership with TheatreWorks.

Felder is a brilliant performer, playwright, composer and director who starred in one-man shows as Tchaikovsky, Debussy, Chopin, Gershwin, Berlin and Bernstein.

In this show he embodies Beethoven and Dr. Gerhard von Breuning, who as a boy spent time by the composer’s side and cared for him in the last years of his life.

The performance features some of Beethoven’s greatest works, including “Moonlight Sonata,” “Ninth Symphony” and the “Emperor Concerto.” Enrich your Sunday at home with “Hershey Felder: Beethoven,” an intense, illuminating, unforgettable journey through time that immerses audiences in the astounding life of Ludwig van Beethoven.

Tickets are $55 per household.

Those who buy tickets can watch “Beethoven” live online or view a recorded performance in the 72 hours that follow. 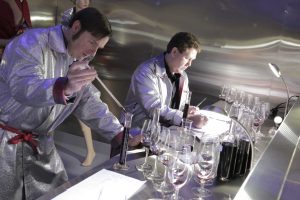 Be a Winemaker for a Day

Many of Napa Valley’s wine tasting rooms are open for business and welcome the visitors for the sip and savor enjoyment.

Prefer to stay at home? Recreate the Raymond Vineyards famed “Winemaker for a Day” blending experience at home by ordering an exclusive at-home blending kit.

The kit comes with four 750-ml bottles of the Raymond wines used for blending, including an unoaked Cabernet Sauvignon, a Cabernet with new oak, Cabernet Franks and Merlot, as well as four graduated cylinders, four pipettes, blending worksheets and an instruction booklet. 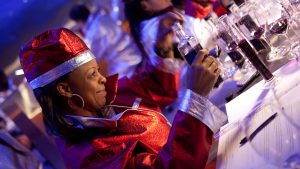 After the kit is purchased, you can schedule a private virtual consultation and individual blending sessions with Raymond’s wine experts.

Once you select your favorite blend, you can order it and complete with a custom name as well as label image and text. Cheers and Congrats! The cost: $360 for six bottles or $600 for a case. 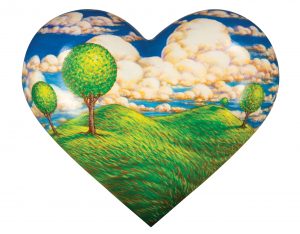 Artist Submissions for the 2021 Series of the Iconic Hearts

in San Francisco are Now Being Accepted

Submissions due by Monday, August 31

Call for Artists Now Open: San Francisco General Hospital Foundation announced today that they are now accepting artist submissions for the annual Hearts in San Francisco public art project, which will be celebrating its 17th year. For the 2021 series, the Foundation welcomes design submissions by both up-and-coming and established local San Francisco Bay Area artists.

The 2021 Hearts in San Francisco series will include six large hearts, six table top hearts, and 10 mini heart sculptures. Design renderings for the heart sculptures must be submitted by Monday, August 31, 2020. 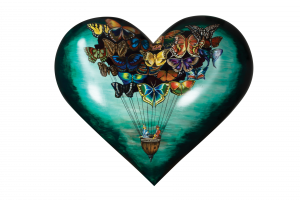 “The Hearts in San Francisco project is one of the most widely recognized public art projects around the world. It has become a symbol of the first-class healthcare Zuckerberg San Francisco General provides to all in the San Francisco Community, ensuring health equity for all,” said Kim Meredith 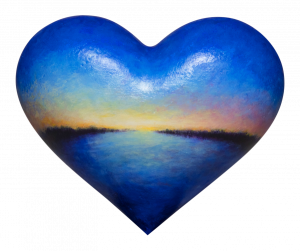 The unique works of art were featured in plazas, parks and on street corners throughout San Francisco. Since the inaugural year, more than 460 Hearts have been created to benefit programs at Zuckerberg San Francisco General (ZSFG).

Hearts are auctioned and sold, and more than $12 million in proceeds have supported San Francisco General Hospital Foundation’s efforts to fund innovative projects and initiatives that provide high quality compassionate care at ZSFG. 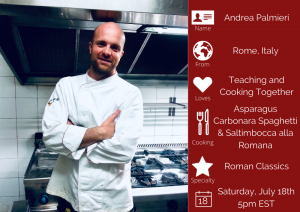 Interactive Cooking Experiences with Renowned Chefs All Over the World

Looking for new inspiration for dinner tonight? Cook with home cooks and acclaimed chef from around the world, live! Want to hang out, cook and drink some wine with your favorite “Guys and Gals”?

You will have the opportunity to live chat with your chef for an interactive experience where you can ask questions while you cook. Join the  new cooking class experiences live from Rome, Paris, Philly and around the world.

Visit the Tour Guy to learn about the description to see their choice of different chefs and the recipes they will be making on that day.